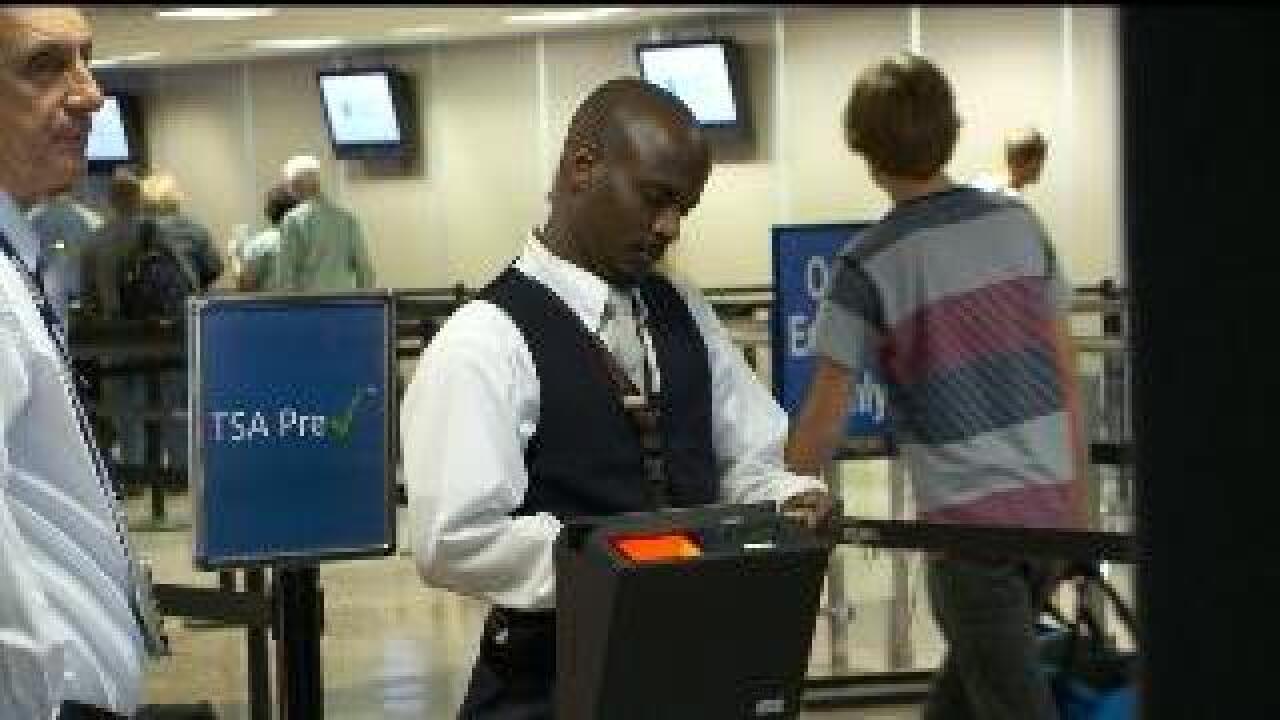 In one terminal, travelers waited in a line that stretched from the second-floor checkpoint, down the escalator and to the first floor.

Secretary of Homeland Security Janet Napolitano said the elimination of overtime hours for TSA officers and customs agents is the result of mandatory spending cuts ordered on Friday by President Obama, according to a report on foxbusiness.com.

Furloughs and a hiring freeze mean there will be even fewer TSA employees and longer lines. Officials say wait times could double at some of the larger airports.

The TSA released the following statement regarding sequestration on Friday.

"While wait times can vary on a number of factors, if sequestration goes into effect, TSA will put in place a hiring freeze, which will result in up to an additional 1,000 TSO vacancies by Memorial Day Weekend and up to 2,600 vacancies by the end of the fiscal year.

With TSA staffing levels decreasing over time, we expect that during busy travel periods wait times exceeding 30-40 minutes could double at nearly all of the largest airports. In addition, passengers who schedule their travel outside of peak flight schedules and plan to arrive close to their scheduled flight time may see their wait times now reach 30 minutes or more."