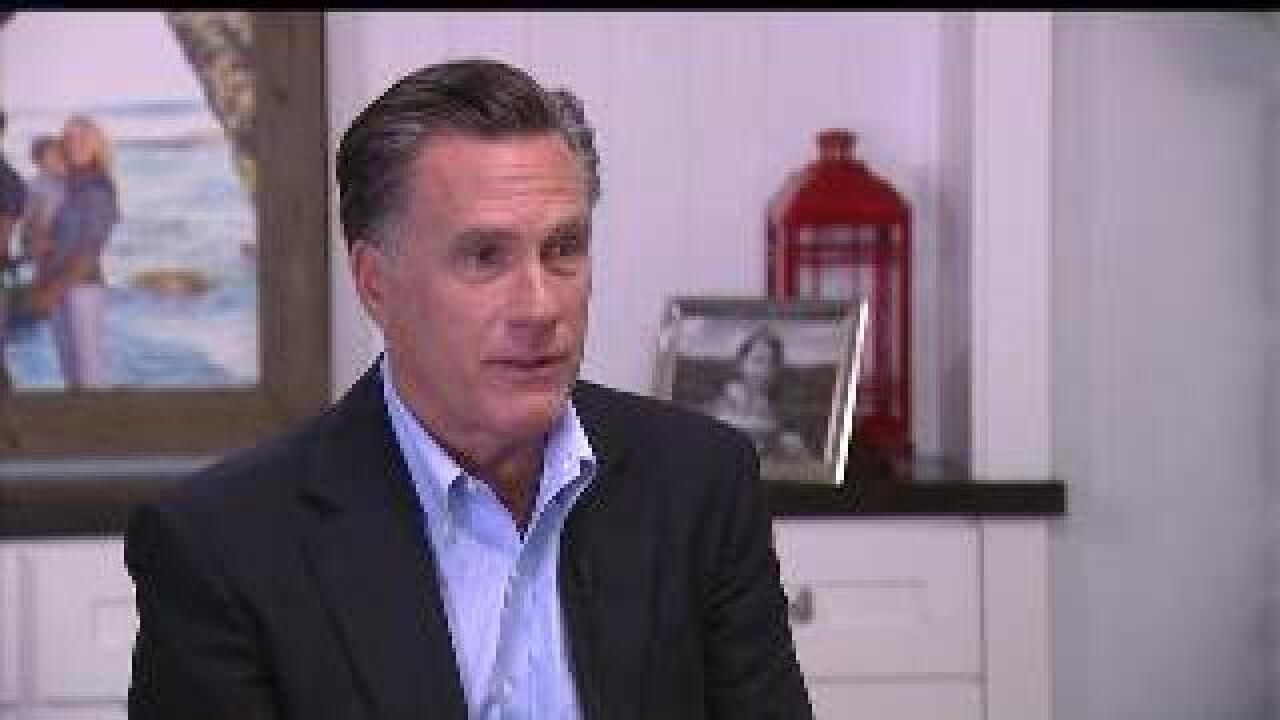 Mitt Romney gave his first interview since his failed bid for the presidency in the 2012 election.

Romney sat down with Chris Wallace from Fox News Sunday for the interview, which will air Sunday on Fox 13 after Good Day Utah. Romney shared his thoughts on America's fiscal situation with Wallace.

"...I mean I see this as this huge opportunity and it's being squandered by politics, by -- by people who are more interested in a political victory than they are in doing what's right for the country," Romney said in the interview.  "And it's very frustrating, I have to tell you. The hardest thing about losing is watching this -- this critical moment, this golden moment just slip away with politics."

Romney spoke about the impact of deep federal cuts and how difficult it is to sit on the sidelines. Watch the video above for a preview of the interview. The full interview with Mitt and Ann Romney airs on Sunday.