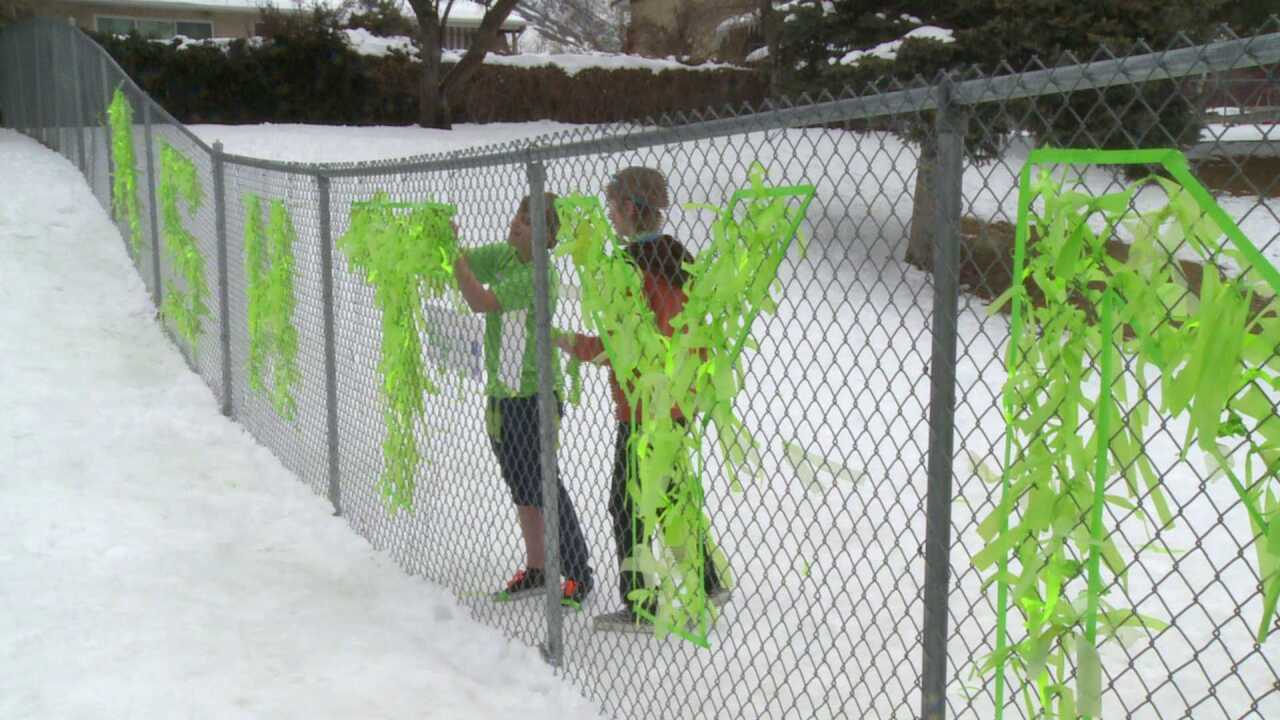 COTTONWOOD HEIGHTS, Utah - Students at Canyon View Elementary tied thousands of ribbons in tribute to a classmate who is battling leukemia.

Sixth grader Ashtyn Poulsen was diagnosed with cancer earlier this month, and though it's just the beginning of her cancer battle, she has an army behind her.

"So what we did is we put here name on the fence and had the kids tie ribbons," said Kristi Hanson, Ashtyn's aunt. "The big thing is we wanted people to make sure they could see it from the street."

Each ribbon represents a member of Ashtyn's Army, a group of supporters who want to help her fight cancer.

"She probably wouldn't know if people didn't do this that people care about here. I think it means a lot that people are aware and worried," said 10-year-old Morgan Poulsen.

In January, Ashtyn had the flu, but as it dragged on, her mother felt it was something more, and Ashtyn was diagnosed with undifferentiated leukemia.

The 12-year-old is recovering from her first round of chemo therapy and won't be back at school for awhile.

"I think it's been extremely hard for her to miss out on the world she knows she's missing out on," said Suzanne Hosenfeld Poulsen, Ashtyn's mom. "Last night she said she didn't really want to see her classmates on Skype because she would cry."

"I think it means more to her than it does to us. I can't imagine what it would be like to be in here place, but if I was I would want all the support I can get," said Chandler Poulsen.

Each of the ribbons is lime green. It isn't the official color to fight leukemia, but it is Ashtyn's favorite color.