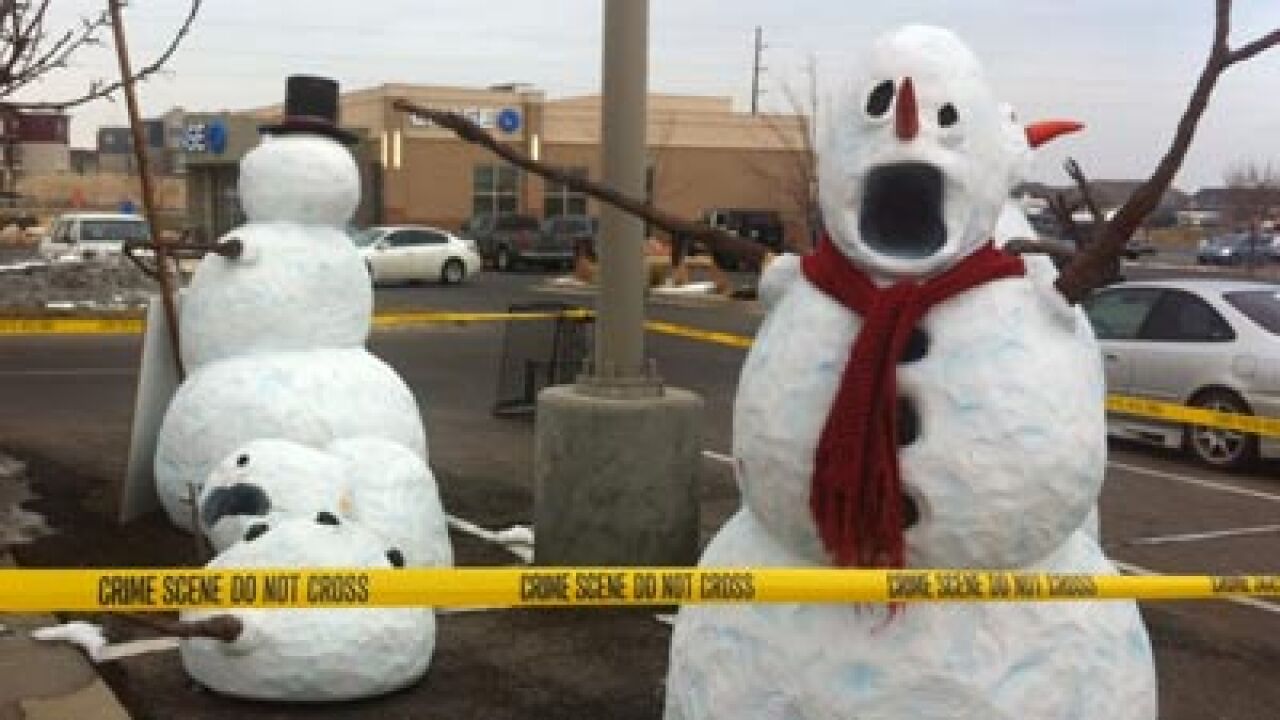 SOUTH JORDAN, Utah - An 8-foot foam snowman was found in a ditch on Tuesday after going missing over the weekend.

The hardened foam snowman, which is a part of the Utah Highway Patrol's Drunk Driving Awareness campaign, weighs approximately 200 pounds.

The snowman is one of several snowbeings on display in the Harmon's parking lot in the District Shopping Center at 11400 South Bangerter Highway in South Jordan. They have toured the Wasatch Front since December as part of the UHP campaign against drunk driving.

Police said the snowman was taken between Saturday afternoon and Sunday morning.

"It was here Saturday during the day. When I came by Sunday to check on it, it was gone," said South Jordan City Police Det. Sam Winkler.

Police believe multiple people were involved in the theft because of the size and weight of the snowman. There wasn't any surveillance footage of that area of The District, but Winkler says that one of the snowman's arms and its nose were left behind.

Winkler says police received an anonymous call on Tuesday at around 6:30 p.m. saying that the snowman had been dumped in a ditch west of the theaters at The District.

The snowman was found in that ditch with a handwritten note saying, "Spent the weekend with Jack Frost. Sorry...Steve the Snowman."