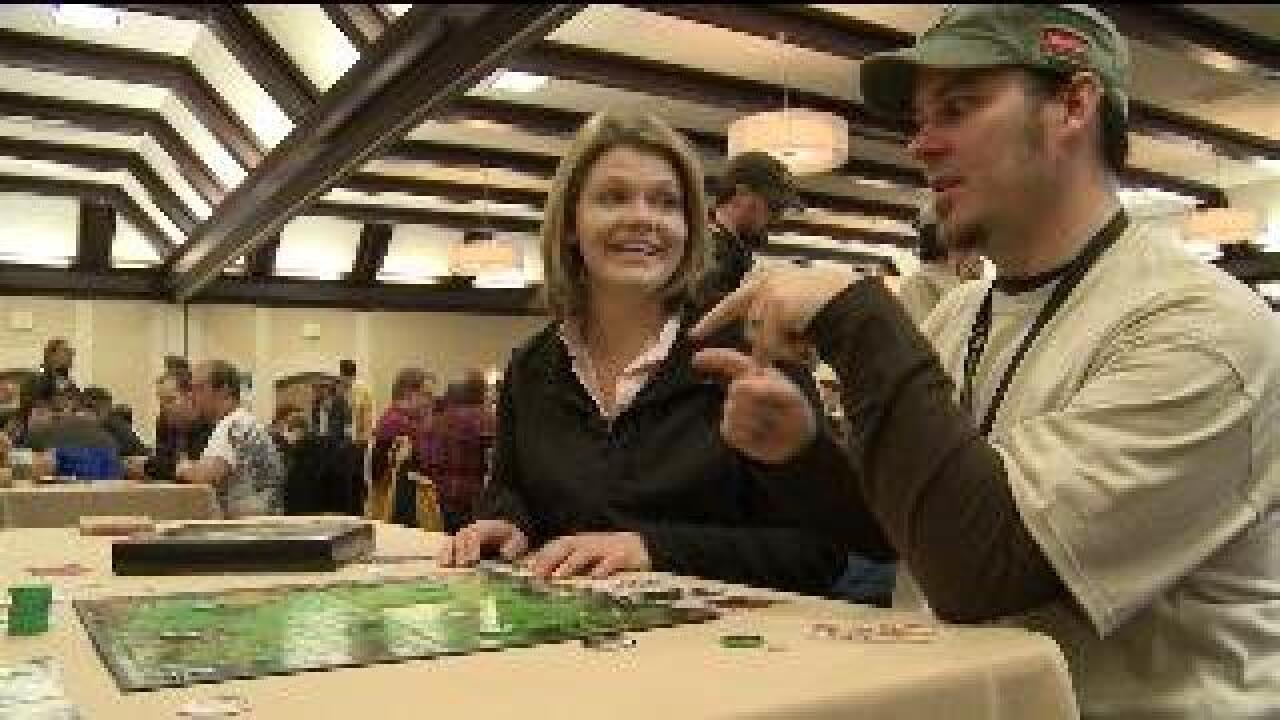 SALT LAKE CITY -- A Salt Lake City gaming convention brings board game enthusiasts together to play existing games and try out new ones.

SaltCON is a three-day event focused on gaming.  Sean MacDonald said the event brings people together.

“This is a gathering, this is where people come for three days of socializing, playing games, meeting up with friends,” he said.

The convention is a place where game creators can test and promote their games. Joshua Butterfield said this usually means one game steals the spotlight.

“Whenever you have a convention there's typically one game that just steals the show,” he said.” Everyone loves it. They play it. They talk about it. It's propelled to the top of all these geek lists, and every game wants to be that game.”

One of the games being tested is called Ninja Family Picnic. Tori Cram said the game came from her friend’s shared passion.

“Josh and Trevor sat down one afternoon, and they were like, ‘we should make a game together because they both love designing games,’” she said.

Butterfield said the game has a unique premise.

“The idea is they are a British family of ninjas who are enjoying a picnic," he said. "It’s so abstract. We hope it’s something that makes people laugh.”

Butterfield said the game they’ve designed is easy to pick up and play, but there’s a lot of strategy involved.

Butterfield said their game may not end up in everyone’s living room, but they think it will appeal to those who are passionate about board games.

“But we can get into every gamers living room for sure,” he said.