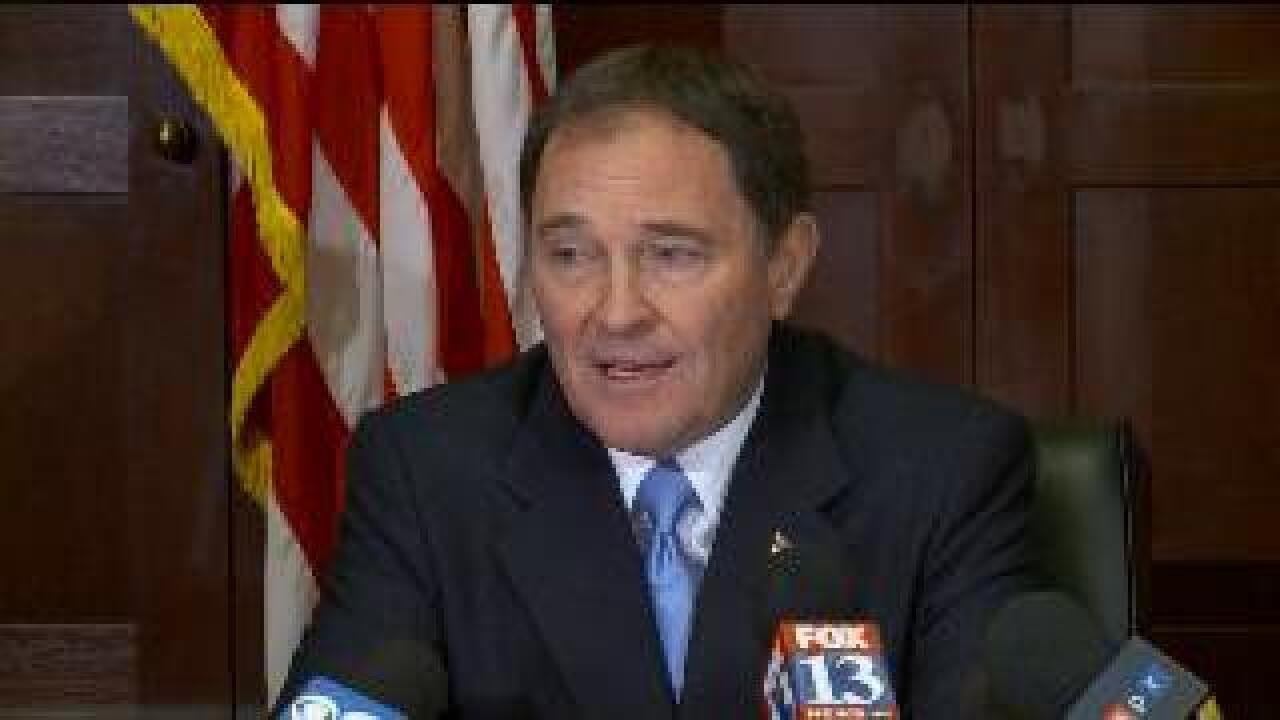 SALT LAKE CITY -- Utah has had 22 bad-air days so far this year, compared to only one last year, and Utah Governor Gary Herbert has said this is a serious issue.

Herbert said air quality concerns are not new to Utah.

“It's got a lot of attention this year,” he said. “It's always an issue. It's been an issue for us for a long, long time.”

Herbert said the Utah legislature is working to find solutions on this hot-button issue.

“Health wise and economic development wise it's an issue that we need to address, and I can tell you that we are taking this air quality issue serious,” he said.

Herbert said there isn’t one single, simple solution to the problem, but he wants to assure the public that things are being done to address the quality of the air. He said the state has been working with the Environmental Protection Agency for the last three years to implement new rules that have reduced emissions by more than 16 tons each day.

He also said things like mass transit and carpool lanes are helping out.

“We have 125 miles now of UTA track in place,” he said. “We have the longest HOV lane in America here in Utah now.”

But some Utahns, like Cherise Udell, president of Utah Moms for Clean Air, don’t think that the government is doing enough to address air quality concerns.

Udell said she is upset by a chart released recently by the Utah Department of Environmental Quality that claims the industrial sector is only responsible for 11 percent of the pollution.

“The problem we're having with this new pie chart that only allocates 11 percent of air pollution to industry is, first off: What pollutants are we measuring?” she said. “So, to actually put in the entire state into this measurement makes it disingenuous at best and political propaganda at worst.”

The DEQ has said it stands behind the data it provided in the graphic, but said they would like to continue the dialogue regarding how to address air quality issues in Utah.

The Governor is now calling on all state agencies to implement a “travel wise” program by mid-April. These programs would include things like carpooling, telecommuting or switching schedules to four 10-hour-days each week rather than five eight-hour-days, so people commute, and thus pollute, less often.