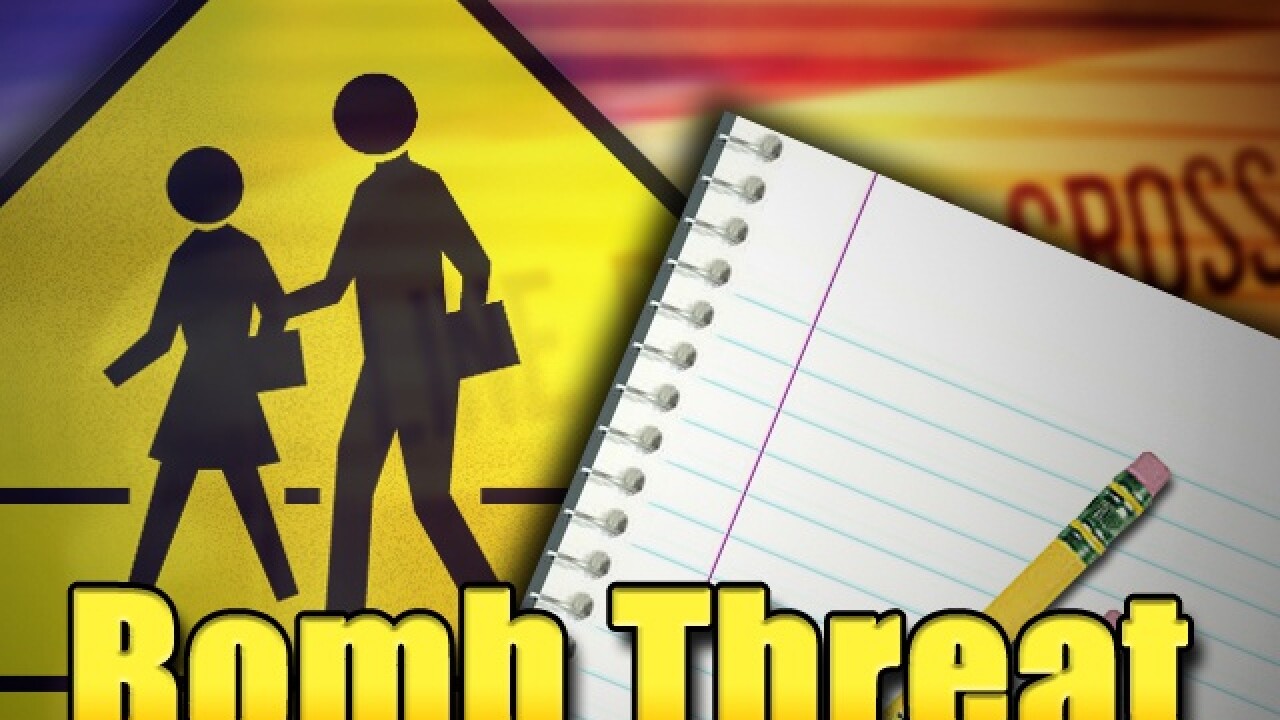 KEARNS, Utah –  A Kearns High School student was taken into custody Thursday after he allegedly tweeted a threat to bomb the school.

Unified Police were first notified about the tweet from an anonymous source who called from Washington State. Police contacted Kearns High School’s resource officer, who was able to find the Twitter post.

The school was placed on lockdown as officers worked to locate the student who allegedly sent the tweet.  The student was taken into police custody for questioning and the lockdown was lifted.