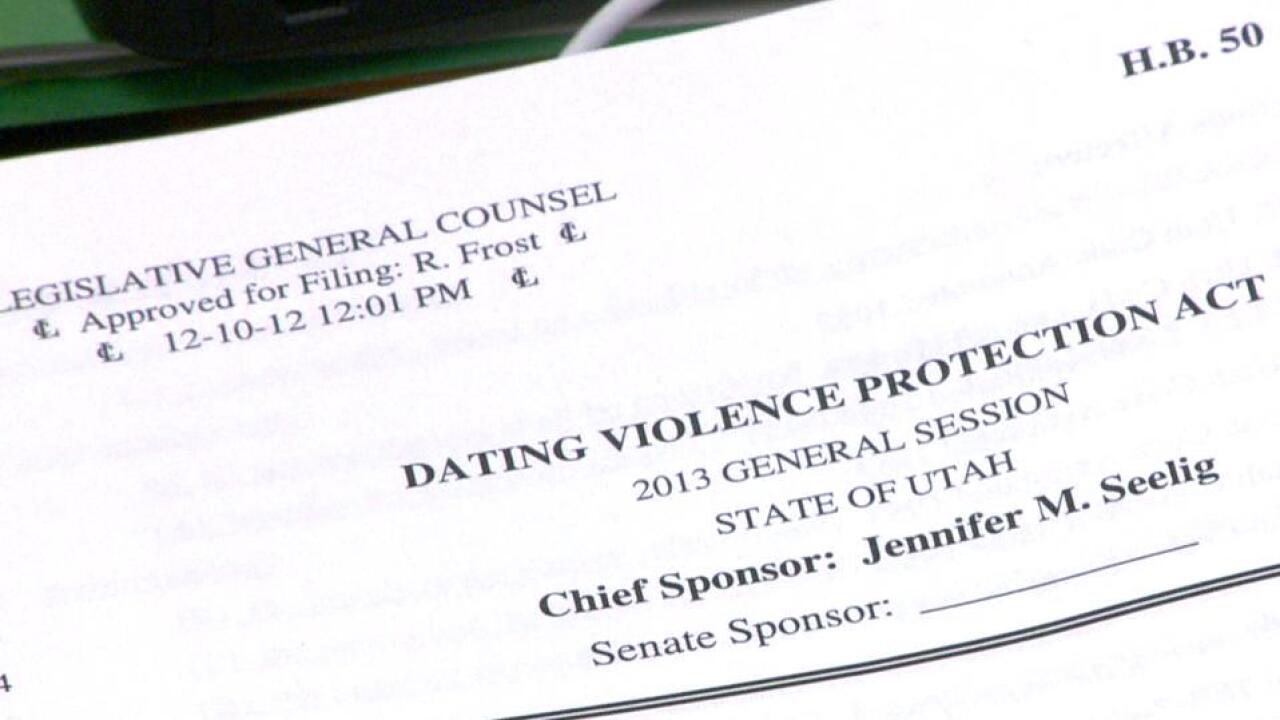 SALT LAKE CITY - After nearly a decade of debate, legislation aimed at providing protection for victims of dating violence overcame a major hurdle in a committee hearing Wednesday.

Under current Utah law, you can only get a protective order if you're married, living with or have a child with the abuser. That means if you're dating someone who gets violent, the chances of getting legal protection are slim to none.

"There has been some conversation about how this is not a problem," says House Minority Leader Jennifer Seelig.

The Democratic lawmaker has been working on House Bill 50 for years. It's designed to protect victims of dating violence. Many legislators before her have tried to pass similar laws, but failed to gain enough support.

"Currently if someone is just dating someone or has dated someone once, if violence has been committed against them they have no course of action to petition the court for a protective order," Seelig said.

"We see the pain, we see the trauma we see the horrible crimes that are perpetrated, we know that the law can step forward and protect these people," says Holly Mullen, the Executive Director of the Rape Recovery Center in Salt Lake City.

There was plenty of testimony from people in support of the proposed law during the afternoon committee hearing.

It was emotional testimony from a Utah father whose daughter nearly died after being beaten by her boyfriend.

"On that night he beat her unconscious, pushed her from his truck at 65 mph and left her dead on the side of the road," says Jon Bambrough who remembers July 2, 2011 like it was yesterday. "When I first saw Ashlee in the hospital she was almost unrecognizable."

Bambrough's daughter is doing better now, but she still bears the physical scars left behind from the attack and her father is hoping new legislation can help victims of abuse.

Sandy City Police, who have worked hard to educate the youth about dating violence, say more needs to be done, but there was some opposition and questions raised about whether Rep. Seelig's bill could backfire.

"There is a terrible potential for false accusations," said Rep. Lavar Christensen of Draper.

Whitney Norton, a University of Utah Student who also testified in committee said, "To say this bill shouldn't go forward because of false claims is a weak argument."

The debate over HB 50 lasted two hours, but despite the concerns it passed unanimously. It now moves on to the House for a vote.