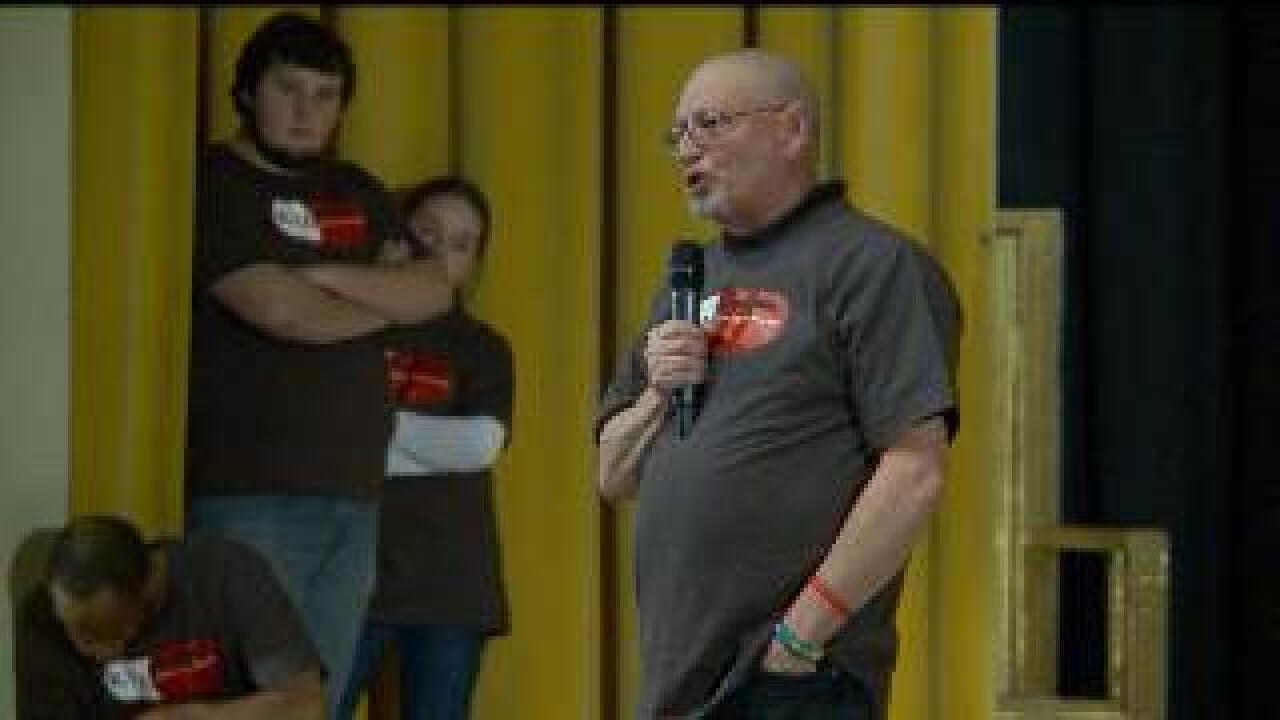 WEST VALLEY CITY, Utah - After two teenage boys who say they'd been bullied committed suicide this month, their family and friends are taking their heartache and trying to make a difference for teens.

13-year-old Buddy Peterson shot and killed himself in Salt Lake County on January 13. The next day, 12-year-old Dylan Aranda took his life in Davis County. Both left notes saying they'd been bullied.

Friends and family of those two boys are now working to remind young people that no matter how tough things seem, there are people out there who care and want to help.

He had a special request for students, asking them to look at the person beside them and say, "You are my friend." Peterson says that if someone had done that for his son, he might still be alive today.

Last Friday, Buddy's friends and family gathered to remember the football player, who reportedly suffered from psychological abuse but kept his emotions bottled up inside.

Peterson warns other bullied students to let those feelings out instead of keeping them secret.

"Some of you might be that way. If you are, talk to somebody, find someone, don't keep it inside," Peterson said.

Dylan Aranda also claimed he'd been bullied, and it appears that Dylan may have kept a lot of his emotions inside before taking his own life.

"Every now and then he'd be like, 'I ran into that kid again and he's really getting to me,'" said Heather Nyland.

Now Heather Nyland is organizing a show of support for those who are affected by bullying and feel like they have nowhere to turn.

She's put together a Meet at the Pole gathering on Friday morning outside Syracuse Junior High, in part to honor her son's friend Dylan, and to let others know there are people out there who care and who want to help kids who are being bullied.