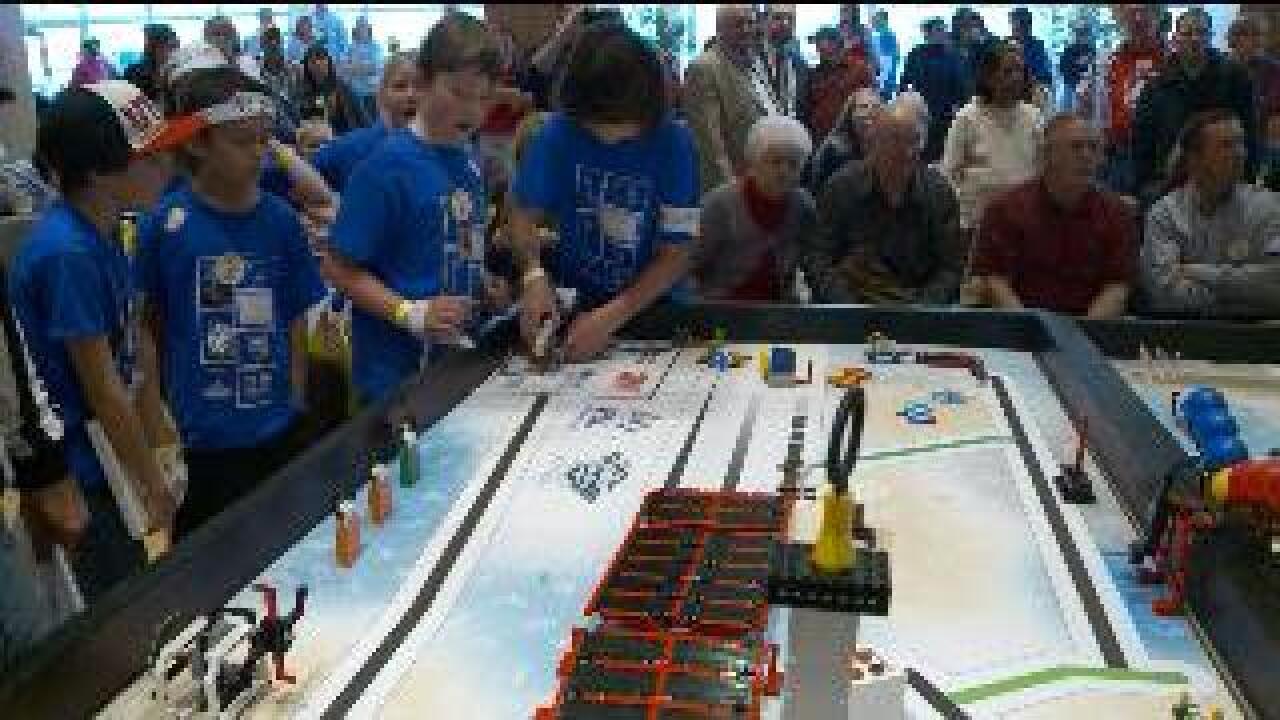 The tournament consisted of robotics and innovations competitions intended to inspire children to pursue educations and careers in science and technology, according to a press release from the Utah FIRST LEGO League.

Children between the ages of 9 and 14 competed as part of a team in the event after qualifying by participating in one of 14 events held across the state earlier in January.  Each event featured Lego robotics challenges, an innovation presentation and other judged skills.

Ten-year-old Jared Sims competed with his team, Robotic Chickens, at the event.

“It’s really fun, and it’s really creative,” he said. “You get to work with a team that you get to know really well.”

Program Manager Anne Bastien said the kids are taking on issues that are important. This year’s theme is senior solutions, so everything the teams did revolved around ways to improve the quality of life of senior citizens.

“These kids are inventing real solutions to real problems in our community today,” she said.

Bastien said the way they do things is more important than what they do, and she said they strive to teach kids the value of teamwork and learning.

“Science doesn’t happen alone,” she said.  “It happens on teams and with teamwork. So we try and inspire the kids, and the coaches and the parents about Utah’s FIRST LEGO league core values. That means values like teamwork, we learn together, we have fun. What we learn is more important than what we win.”

The Utah FIRST LEGO League is headquartered at the University of Utah in the Office of Technology Venture Development. The university organizes the event to promote creativity and interest in technology, innovation and engineering among Utah children, according to the press release.

For more information about the event or the league, visit their website.