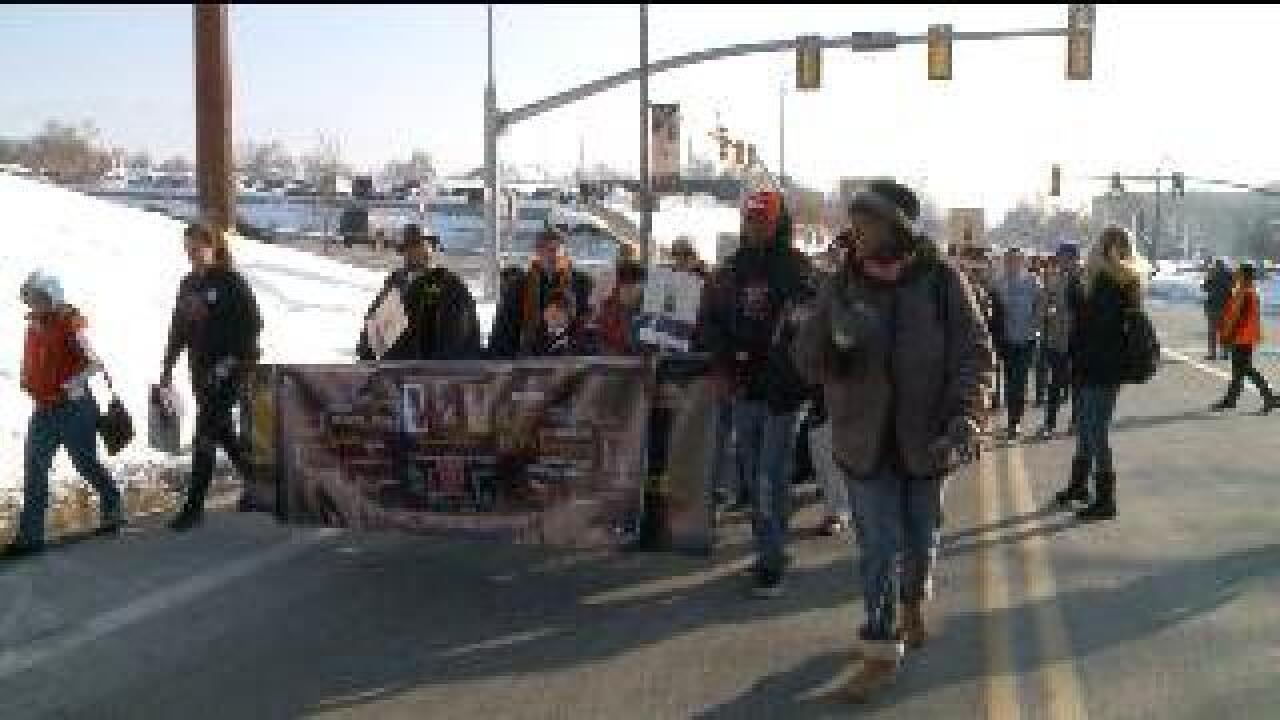 SALT LAKE CITY – It’s been 50 years since Dr. Martin Luther King Jr. gave his famous “I Have a Dream” speech, and Utahns gathered around the Salt Lake Valley to remember Dr. King’s Legacy on Monday.

“We still have discrimination going on, even here in Utah,” Williams said. “We have to look at all the things in housing, employment, all these different areas in which we see people being discriminated against."

That’s why the NAACP holds an annual luncheon on MLK day. Business leaders and community members gathered at the Little America Hotel on Monday to remember Dr. King and his message of equality.

“I think [the public] should take the time to really celebrate it a little more,” luncheon attendee Angie Williams said. “Not just think of it as a day off of work. And maybe take the time to especially let their kids know what kind of man he was and what he stood for."

Dr. King’s message was also spread at East High School. Community members gathered to rally for civil rights and then took the street, telling people to speak up and step out of discriminating situations. Organizers said the march, or “marade,” is symbolic.

“It's a simulation,” event co-organizer Dr. Jennifer Williams Molock said. “Really of the marches that happened through the late ‘50s and early ‘60s in terms of non-violence, so that's what this is really about, bring it to the community and make it a University and community effort."

The rally is sponsored by the University of Utah’s office of Equality and Diversity. It’s part of a week of events, including a visit from Rev. Jesse Jackson on Thursday. A full list of events can be found here.