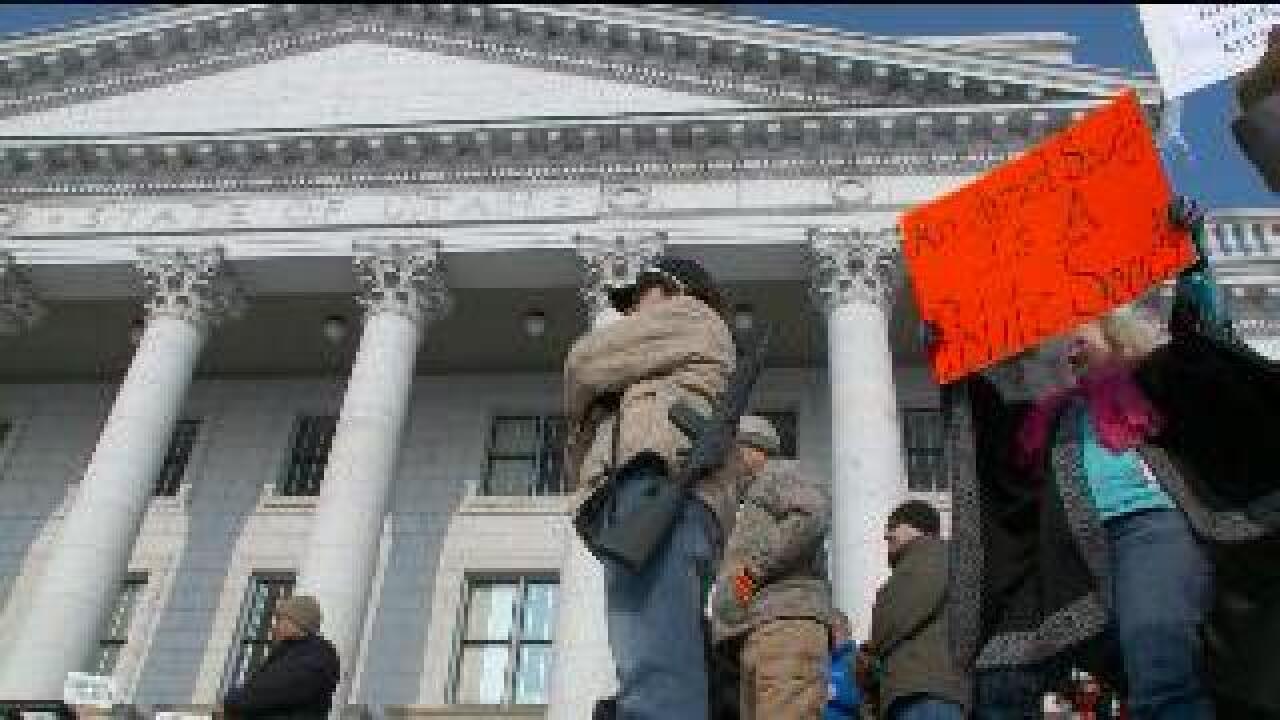 SALT LAKE CITY -- The Utah Sheriffs' Association has written a strongly worded letter to President Obama on the issue of gun control while a state lawmaker is pushing legislation asserting state control over gun legislation.

Even though the president’s executive orders and suggested legislation don’t mention confiscating firearms, the sheriffs seem to anticipate such a move.

Part of the letter reads, “No federal official will be permitted to descend upon our constituents and take from them what the Bill of Rights—in particular Amendment II—has given them.”

Summit County Sheriff Dave Edmunds, the head of the Utah Sheriffs' Association, says the letter is just a preemptive warning saying that if anything unconstitutional is passed, local authorities will not enforce it.

Edmunds says that he doesn't object to anything proposed by the Obama Administration already.

"We thought it prudent from our position knowing full well what the manifest intent of that administration is and they're being very clear about it, they want gun regulation in this country and they want it to be more widespread," Edmunds said.

The Sheriffs in 28 of 29 Utah counties have signed the letter, with Jim Winder of Salt Lake County being the only Sheriff not to join in; he is not a member of the Utah Sheriffs' Association.

"The intent was to essentially make a declaration of state supremacy," Greene said. "Laws from the federal government that restrict upon those rights will not be recognized here in Utah. And that our public officials in Utah should not and may not enforce those laws."

Greene says his legislation would go so far as to allow local police the authority to arrest federal agents should they try to seize any firearms.

"Acting upon those will be a third-degree felony in this state, punishable by up to one year in jail and a $5,000 fine," Greene said.

This is the full text of the letter, as posted on the Utah Sheriffs' Association website:

We, the elected sheriffs of Utah, like so many of our fellow Americans, are literally heartbroken for the loved ones of the murdered victims in Connecticut. As Utahans, we are not strangers to this kind of carnage—one of the latest being the 2007 Trolley Square murders wherein nine innocents were gunned down—five losing their lives.

We also recognize the scores of other recent domestic massacres, which have decimated countless honorable lives. As Americans, we value the sanctity of life. Furthermore, similar to our inspired Founders, we acknowledge our subservience to a higher power.

With the number of mass shootings America has endured, it is easy to demonize firearms; it is also foolish and prejudiced. Firearms are nothing more than instruments, valuable and potentially dangerous, but instruments nonetheless. Malevolent souls, like the criminals who commit mass murders, will always exploit valuable instruments in the pursuit of evil. As professional peace officers, if we understand nothing else, we understand this: lawful violence must sometimes be employed to deter and stop criminal violence. Consequently, the citizenry must continue its ability to keep and bear arms, including arms that adequately protect them from all types of illegality.

As your administration and Congress continue to grapple with the complex issue of firearm regulations, we pray that the Almighty will guide the People’s Representatives collectively. For that reason, it is imperative this discussion be had in Congress, not silenced unilaterally by executive orders. As you deliberate, please remember the Founders of this great nation created the Constitution, and its accompanying Bill of Rights, in an effort to protect citizens from all forms of tyrannical subjugation.

We respect the Office of the President of the United States of America. But, make no mistake, as the duly-elected sheriffs of our respective counties, we will enforce the rights guaranteed to our citizens by the Constitution. No federal official will be permitted to descend upon our constituents and take from them what the Bill of Rights—in particular Amendment II—has given them. We, like you, swore a solemn oath to protect and defend the Constitution of the United States, and we are prepared to trade our lives for the preservation of its traditional interpretation.