Provo museum recreates first printing of the Book of Mormon 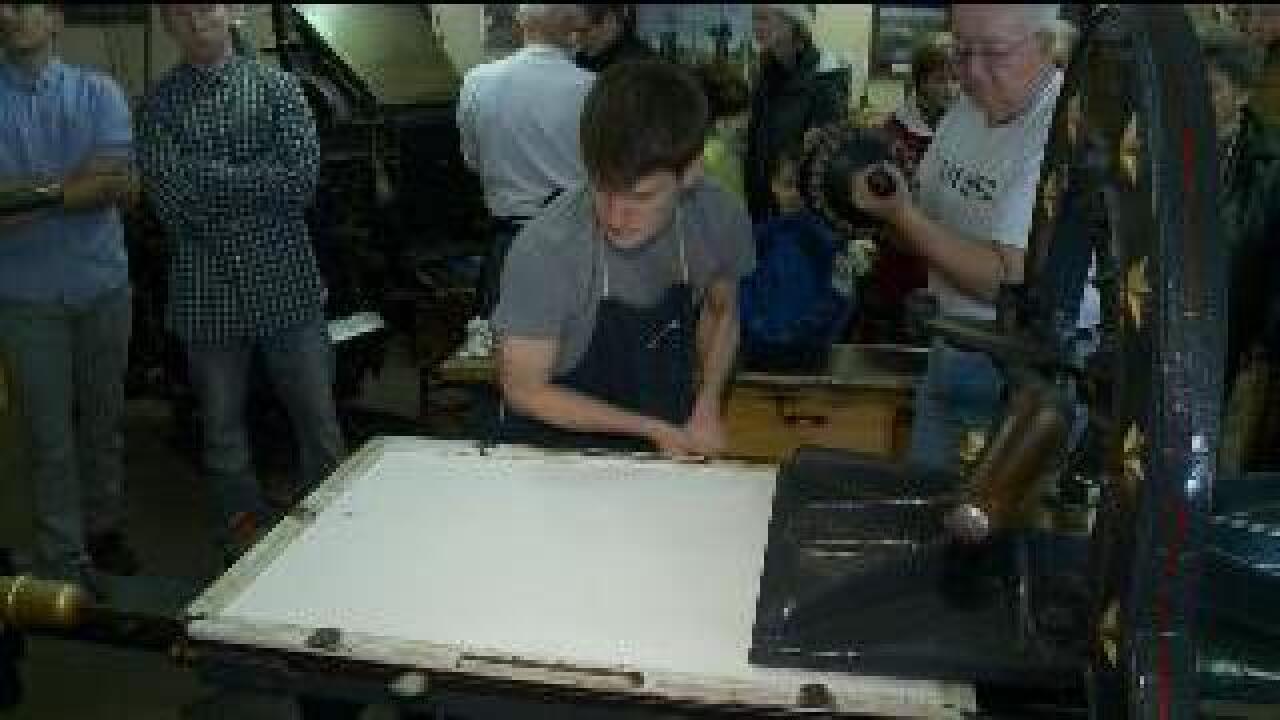 PROVO -- A group of volunteers and experts attempted to duplicate the first printing of the Book of Mormon on Saturday using a replica of the printing press used to create the first 5,000 copies of the book.

Louis Crandall has a hand-operated printing press capable of producing 16 pages at a time, which is identical to the one that was used to print the first edition of the Book of Mormon in E.B. Grandin’s print shop in 1829, according to a press release. The press is part of the Crandall Historical Printing Museum, located at 275 East Center St. in Provo.

The first printing of the book was a massive undertaking for the time, with 5,000 copies being produced in 200 days. Printer Phillip Hinckley said this attempt was partly to see how that was done.

The public was invited to walk through the museum between 10 a.m. and 5 p.m. to witness the undertaking.