Photos capture man with a rifle shopping at JCPenney 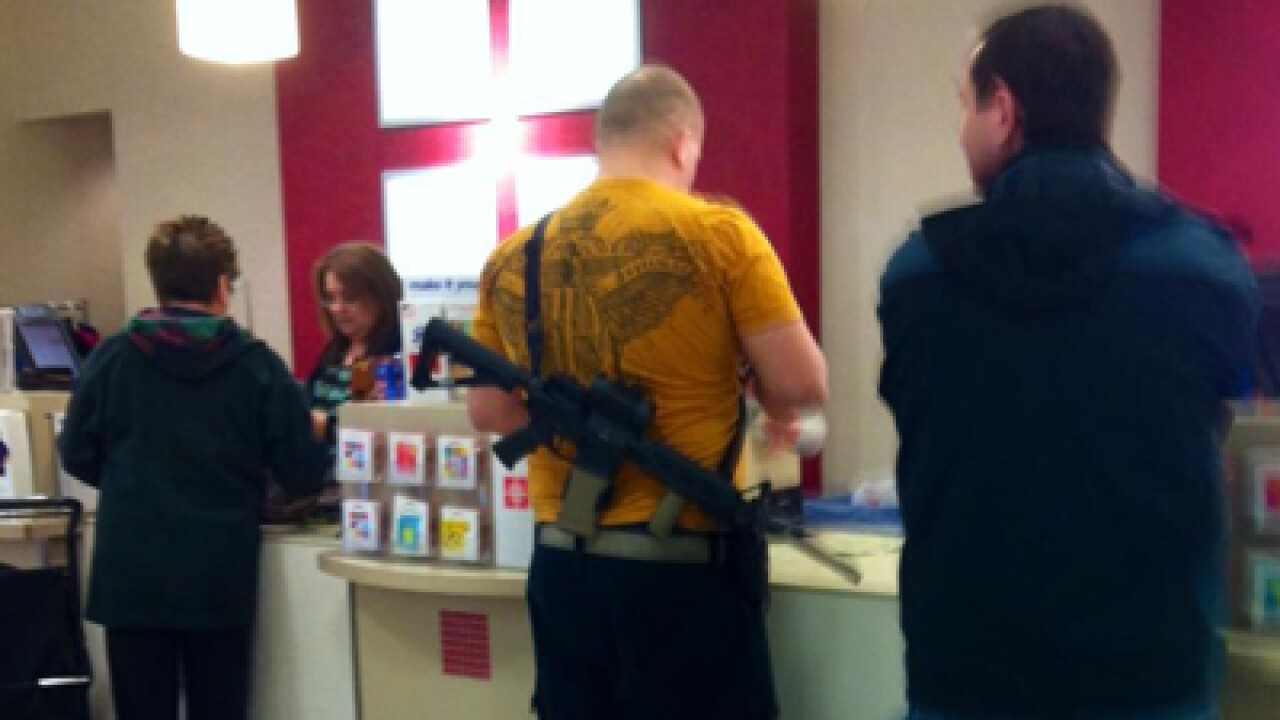 RIVERDALE, Utah - Facebook photos of a man armed with a rifle shopping at a Riverdale JCPenney have gone viral.

Cindy Yorgason says she was speechless when she first saw the man, identified as 22-year-old Joseph Kelley, standing calmly at the counter at a local JCPenney armed with an AR-15 semi-automatic rifle slung across his back.

Yorgason, a mechanical engineer and 30-year Utah resident, says she's not anti-gun, but thinks the statement Kelley was making was inappropriate.

"Utah is an open carry state, he has every right to carry it. But how inappropriate to carry an assault rifle in a department store. To me that's just wrong," she said. "It was obvious to me that this gentleman was making a statement but there are other ways to do it."

She posted the photos on Facebook and they spread from just a few friends to millions of people across the Internet in just a matter of hours, and is now making headlines.

"And I've now gotten a call from the Associated Press, so it's still growing and it's just amazing," Yorgason said.

The photos have gotten a mixed reaction, some agreeing with Yorgason that Kelley's actions were in poor taste while others support him and his decision to exercise his second amendment rights.

Yorgason says one of her biggest concerns that day was what would have happened if another gun carry permit holder had been at the store, thought Kelley was a bad guy, then tried to confront him at gunpoint.

Weber Area Dispatch said Kelley called them on Wednesday to let them know he was planning to carry his weapons in public.

Lt. James Ebert says he's aware of the firestorm the photos stirred up on Facebook, but he hasn't heard much about it from people shopping in the store.

"We've had no calls from any individuals that were actually at the store, including customers and staff. Social media has kind of driven this story," he said.

While openly carrying weapons is legal, many businesses have their own policies against it.

Store officials are now saying they're looking into the incident. They haven't released their official policy regarding guns in the store. 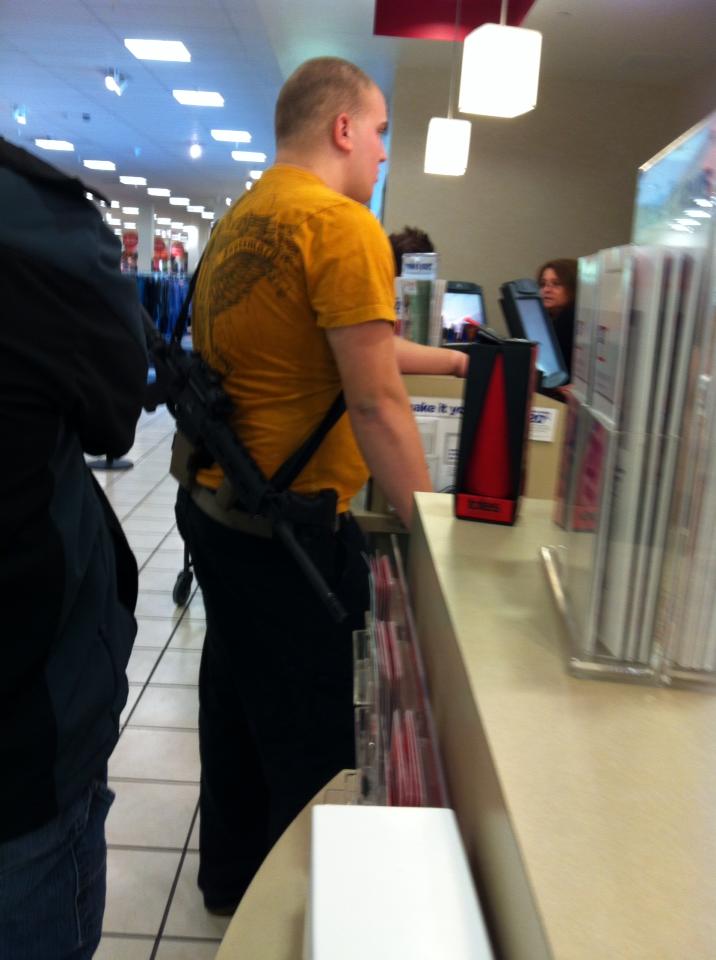