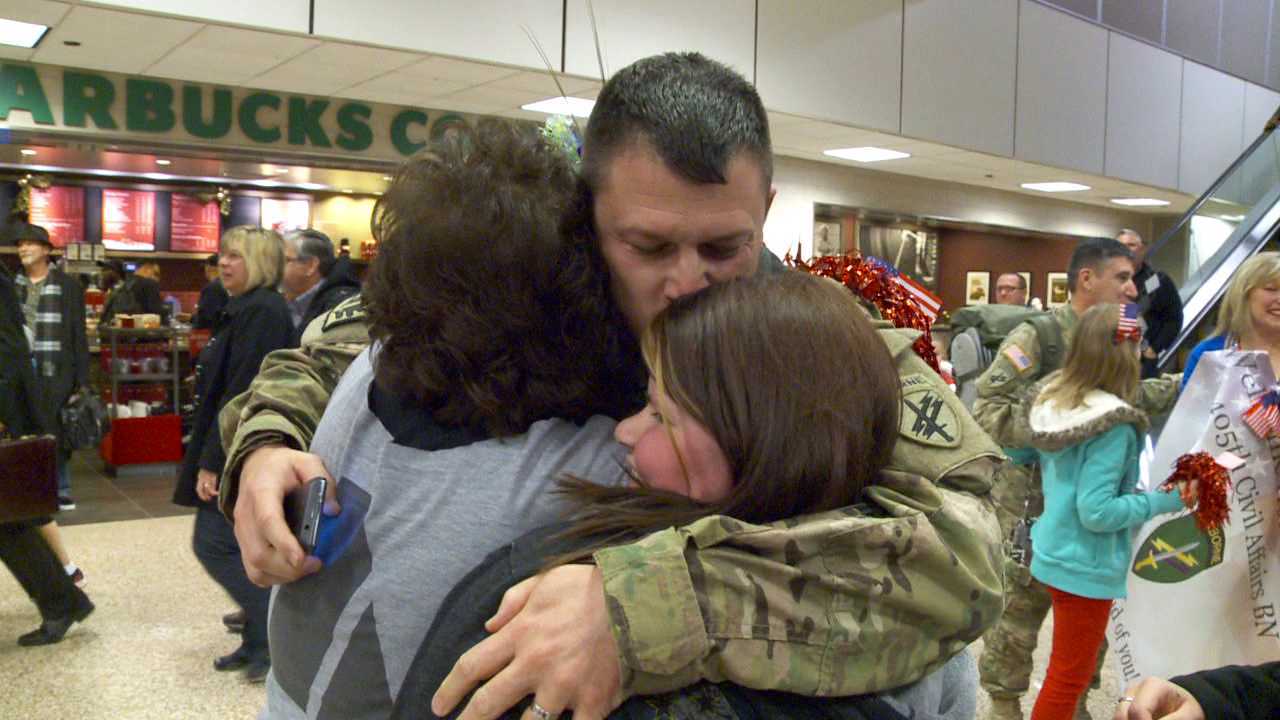 SALT LAKE CITY - Eight of the members of the 405th Army Reserve Delta Company returned to Utah Sunday after being deployed in Afghanistan for almost a year.

The 405th is based in Las Vegas, but some of their members live in Utah. They've been in Afghanistan since January training Afghans to use modern technology to run the country once coalition forces are gone.

Family and friends who were at the Salt Lake City International Airport to greet the servicemen say it was an early Christmas present.

"I haven't even looked beyond today. This is my Christmas today," said Mrs. Albert Beyer.

Even though the 405th specializes in civilian affairs, they worked in some of the most volatile provinces of Afghanistan. They say they're glad to be back with their families.

During their deployment, members of the 405th have been awarded 5 Purple Hearts, 7 Bronze Stars and 18 Army Commendation Medals.