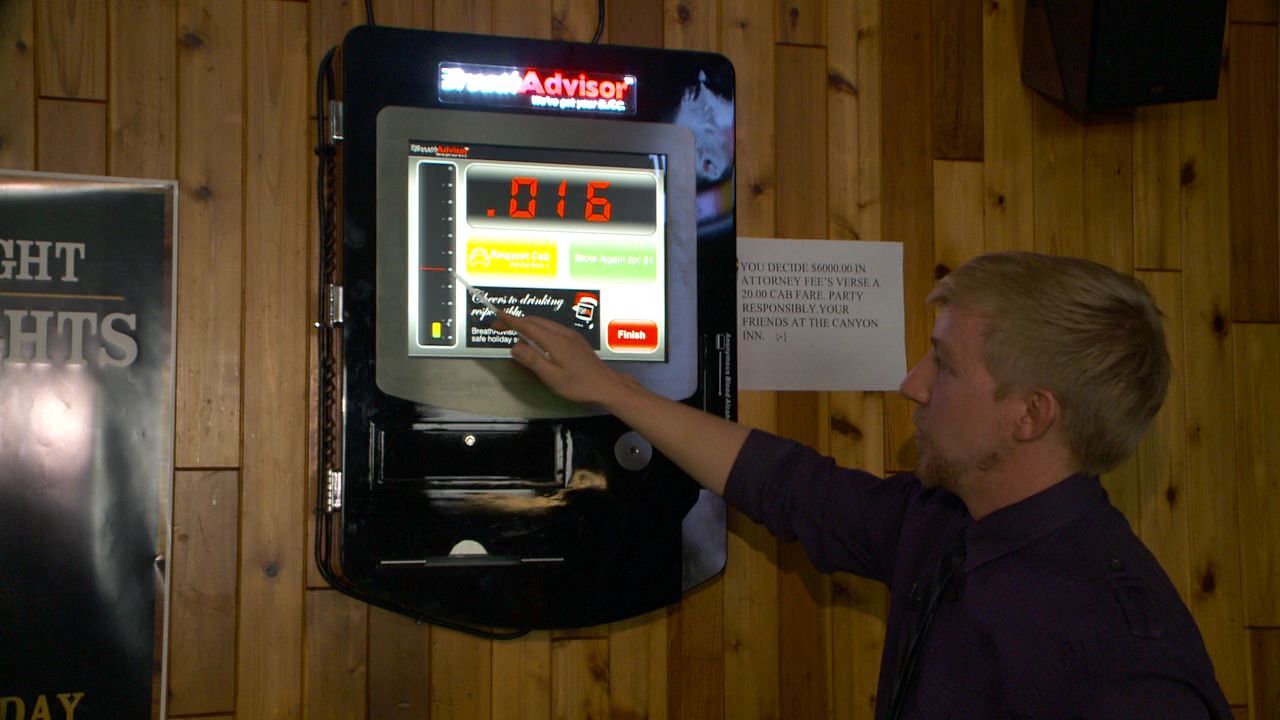 SALT LAKE CITY – A student at Westminster College turned his own bad experience into a new idea.

Jason Knott thought he was okay to drive one night after drinking with friends, but when he was pulled over by police, he failed the breathalyzer test; he blew .001 over the legal limit.

Because of his experience, Knott came up with the BreathAdvisor, a machine now installed in several bars across Utah that can test your breath for blood alcohol content.

“The best idea is if you’re going to drink, don’t drive at all. However that’s not the case for most people. So this kind of gives you an idea of where you’re at. A lot of people mix energy drinks with their alcohol and that gives you the false perception that you are more sober than you actually are,” Knott said.

You can now pay $2 to get your breath tested at Lumpy’s South, Canyon Inn, Zest and the Wasatch Brew Pub in Park City.