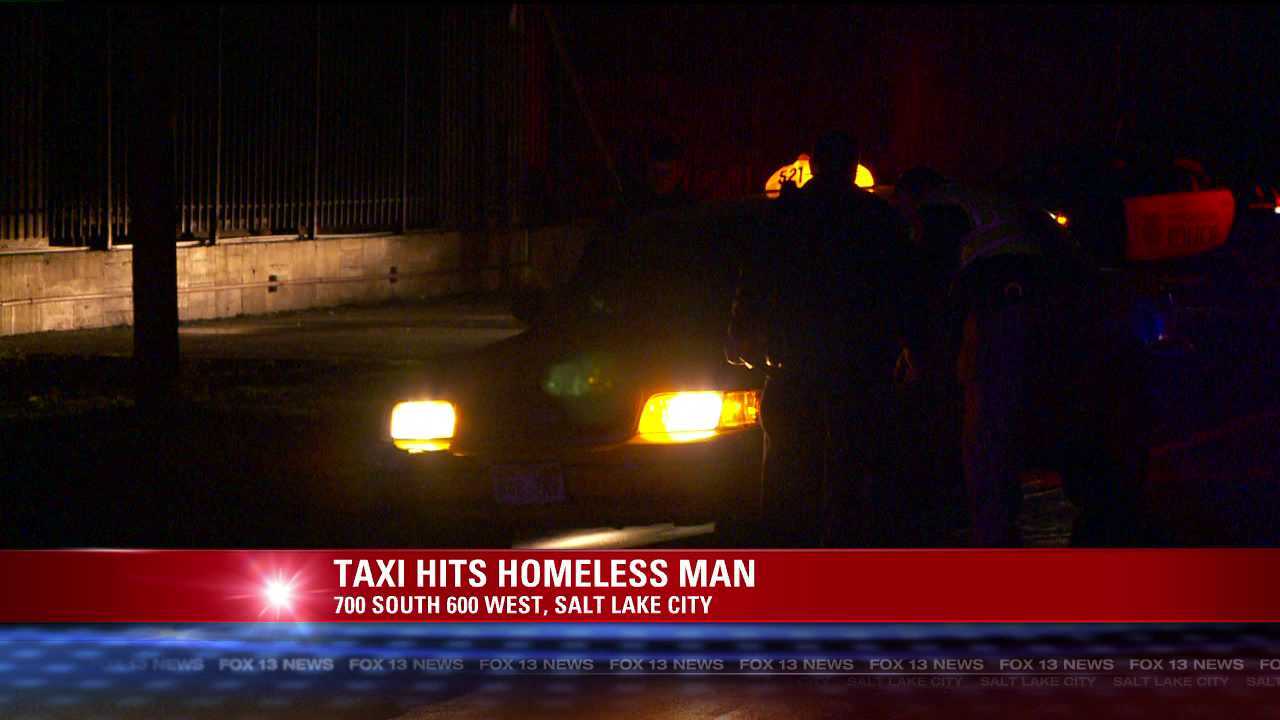 A homeless man is in critical condition Wednesday morning after he was hit by a taxi.

It happened near 700 South and 600 West in Salt Lake City on Tuesday.

Police said the man was sitting in the street, wearing dark clothing. The cab tried to swerve, but still hit the man.

The homeless man was taken to the hospital.

Police said they do not think the cab driver will be cited.