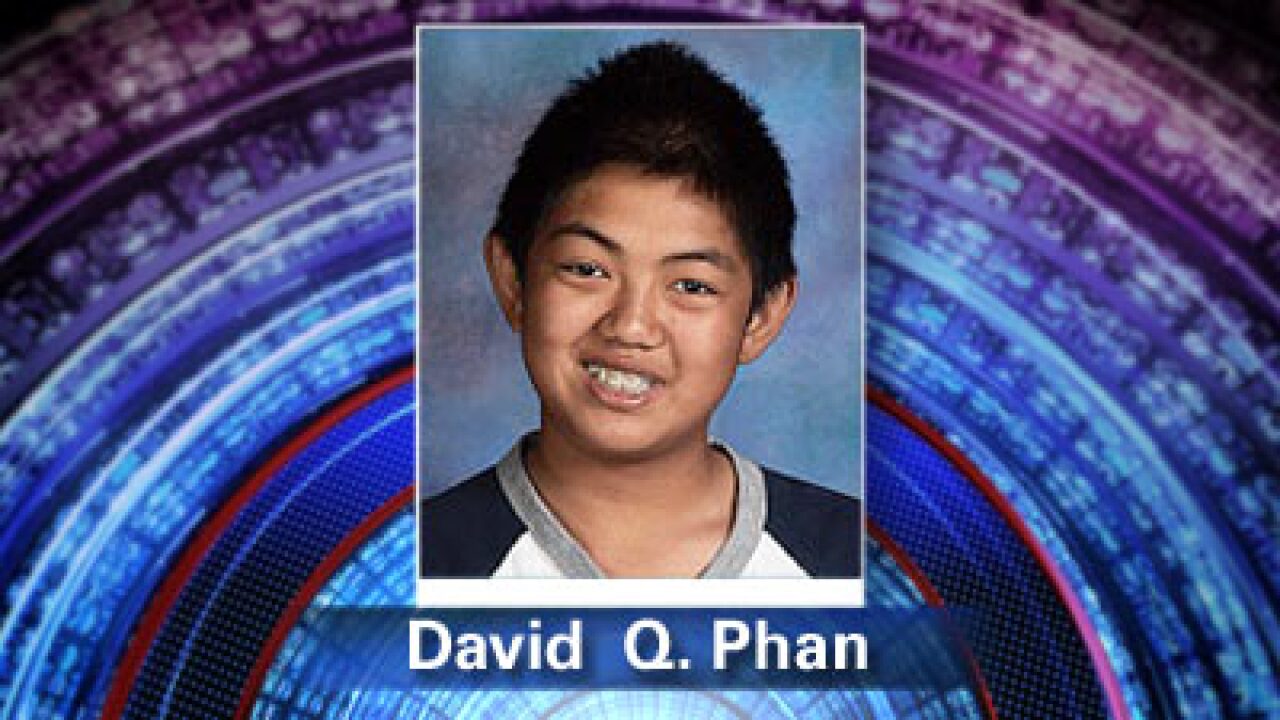 TAYLORSVILLE, Utah - A 14-year-old boy died Thursday afternoon after he shot himself on a skywalk leading to Bennion Jr. High School in Taylorsville.

The family allowed police to release the name of the victim. He was identified as David Q. Phan.

The shooting occurred at about 3 p.m., shortly after school ended for the day.

Unified Police say the boy left school with his mother at 1:30 and returned to the area with a gun. The boy's classmates say he had been to the principal's office earlier in the day.

Police say the gun David used was kept in a locked safe at his home. They don't believe he brought the gun to school grounds.

Several students witnessed the shooting, which occurred on a pedestrian bridge at 6200 South and 2700 West.

"I was just walking. I hear a big sound and I hear everybody yelling and then I turned around and I saw it and there was a lot of blood," said Ethan Wily, who was in the area when the incident occurred.

When emergency responders arrived at the scene, the boy was still alive. He was pronounced dead when he arrived at an area hospital.

Maheta Wily says she wasn't completely surprised to learn of the suicide; the boy had been bullied for years.

"Kind of half and half I kind of did feel it coming but I didn't know it would go that far," Maheta said. "They name-called, they played jokes on him. They had charity week and they sent him telegram teasing him and in PE class they stole his clothes."

A spokesman for Granite School District said David reported being bullied while in the seventh grade and had been meeting with a counselor on a regular basis, but had not made any recent reports of being bullied.

"We truly care about these individual kids. We want to make sure they have a great success and a great future. I would hate for anybody's life to be cut short just because they felt unloved or had some sort of challenge in their life that they didn't feel like they could express to anybody," Horsley said.

Grief counseling was provided at the school Thursday for the boy's classmates and their parents.

It is with deep regret that we notify you that a student from Bennion Junior High School attempted to take his own life while crossing the 6200 South overpass near Bennion Junior High. Granite School District will have a crisis team at Bennion in the cafeteria to speak with students, families and staff members. Additionally, the Granite School District crisis team will be at Bennion Jr. High and Calvin Smith Elementary tomorrow to talk with students and families as they cope with this tragedy.

This appears to be an isolated incident and is not related to any type of criminal activity.