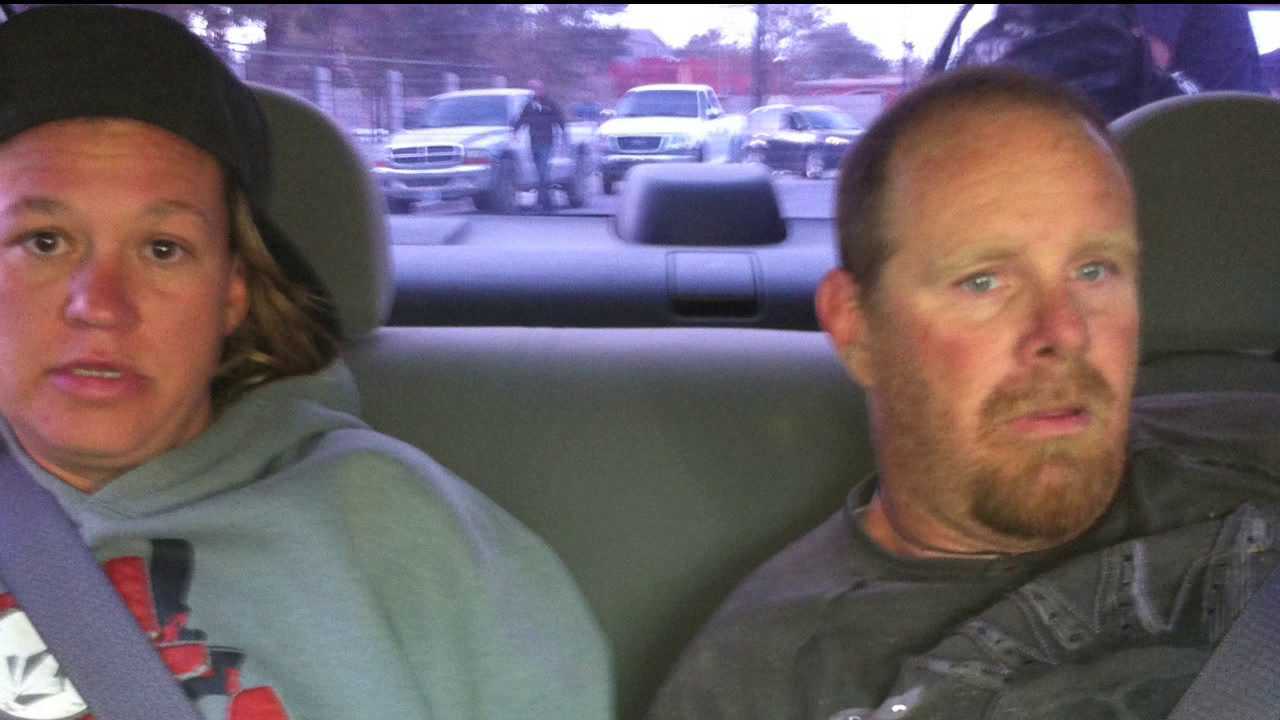 SALT LAKE CITY - Two Utah fugitives wanted on thousands of dollars in felony drug warrants were arrested in Mexico after an intense high-speed chase that came after cooperation between the U.S. and Mexican governments and a bail enforcement agent.

34-year-old Jacqui Randall and her boyfriend 40-year-old Lorin Fiene were arrested in September for allegedly selling meth out of their Layton home, but after bailing out of jail, police say they skipped out on their bond and made a run for the Mexican border.

A few years ago, that would have made them virtually untouchable, but new cooperation between Davis County drug officers, U.S. Marshals, Mexican police and the work of Jim Elliot, a Utah bail enforcement agent, helped crack the case.

The stakes were high for Elliot in this case; Fiene and Randall had skipped out on more than $110,000 in bail. He flew from Utah to California, rented a car then crossed the border at Tijuana into Mexico. Tipsters led him to Ensandada, then to San Felipe, almost 120 miles south of the Mexican border.

As a bounty hunter in Mexico, Elliot could neither carry a firearm nor take part in the arrest, but he did his best to bring police from both countries together.

"I said, 'What if I get you an exact address in Mexico? If I get eyes on and I call you with GPS coordinates?' They said, 'You get that and we'll get them out of there.' I said, 'I can do that,'" Elliot said.

After more than two days of surveillance, he was able to locate the couple. Mexican agents then allowed Elliot to ride along with them. He documented most of the operation on his smartphone.

A high-speed chase that reached speeds of 115 miles per hour through the streets of San Felipe and crash led to the apprehension of Randall and Fiene.

"Their faces say it all, they were stunned. They're probably still stunned," Elliot said.

Fiene and Randall are currently in a federal holding facility in San Diego awaiting extradition back to Utah.

Elliot says this is the first time he's heard of an operation like this in Mexico. It used to be completely unheard of, but the U.S. and Mexican governments have forged new cooperation that makes these arrests possible.

"The Mexican government will not tolerate American citizens that are fugitives in their country, we never have any issues," said Frank Smith, special agent in charge of the Drug Enforcement Agency in Utah.

Elliot says this case should serve as a warning for other fugitives who believe fleeing to Mexico will keep them safe from arrest.