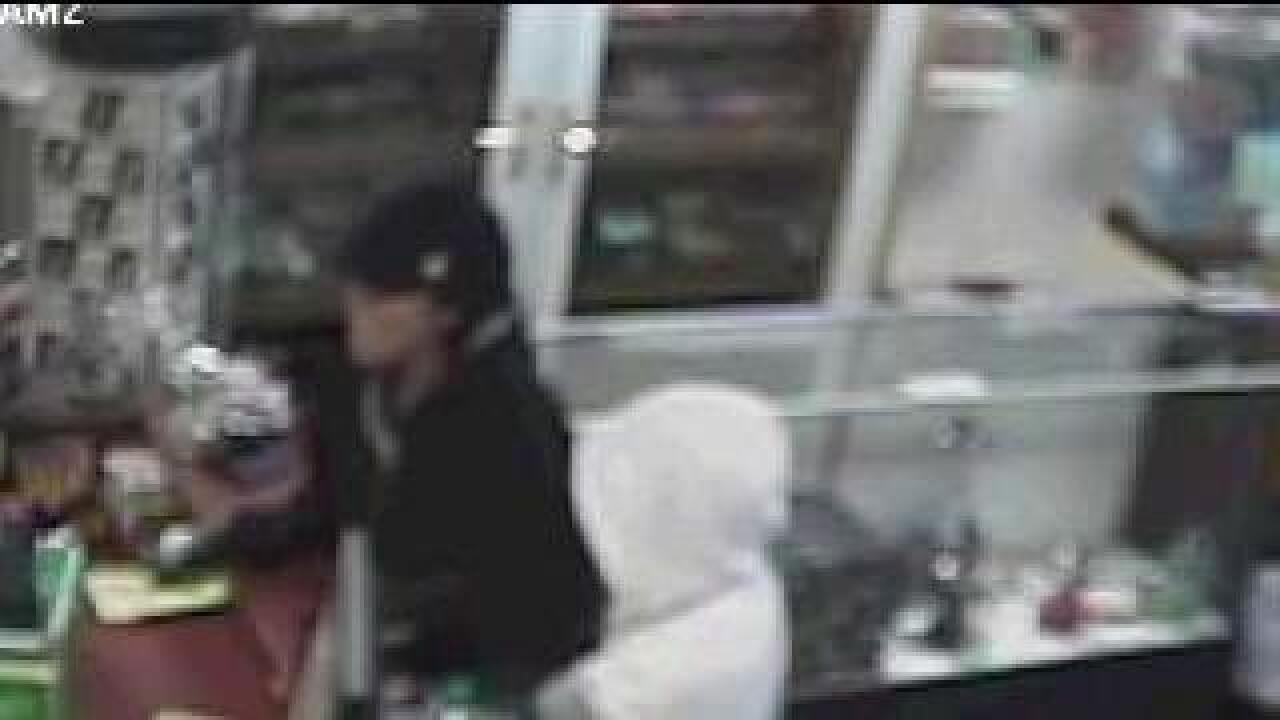 WEST VALLEY CITY, Utah - A mother and son robbed a West Valley City smoke shop on Saturday and the whole incident was caught on tape.

Police describe the robbery as bizarre and disturbing. Cops say the mother’s actions could have resulted in murder and they can’t believe she involved a juvenile, possibly her son.

“What’s weird is the mother/son thing. At one point during the robbery he calls her mom,” said Lt. Michael Coleman with West Valley Police.

On surveillance video, a 10-year-old boy is wearing a white jacket, holding a note close to his chest. Police say the woman who’s with him is between 18 and 35 years old.

They pace around the store until other customers leave. The kid then hands the clerk a note demanding money and seconds later the mother pulls a silver pistol, leans over the counter and shoves the gun into the clerk’s face.

“We were very concerned that this may have resulted in something much worse than it did,” said West Valley Police Sgt. Mike Powell

Luckily, no shots were fired but the aggression continued. The armed mother grabbed cartons of cigarettes. After the two ran out of the store, the clerk appeared visibly shaken.

“She was traumatized by it as would anyone else who is threatened in such a fashion,” said Powell.

“We’re definitely concerned there could be a repeat of this and she could be just as aggressive or even more and someone can get hurt,” said Powell.

The two were seen leaving southbound on 5600 West in a silver or gray Dodge Durango.  Cops say if you recognize them, don’t confront anyone, call police.