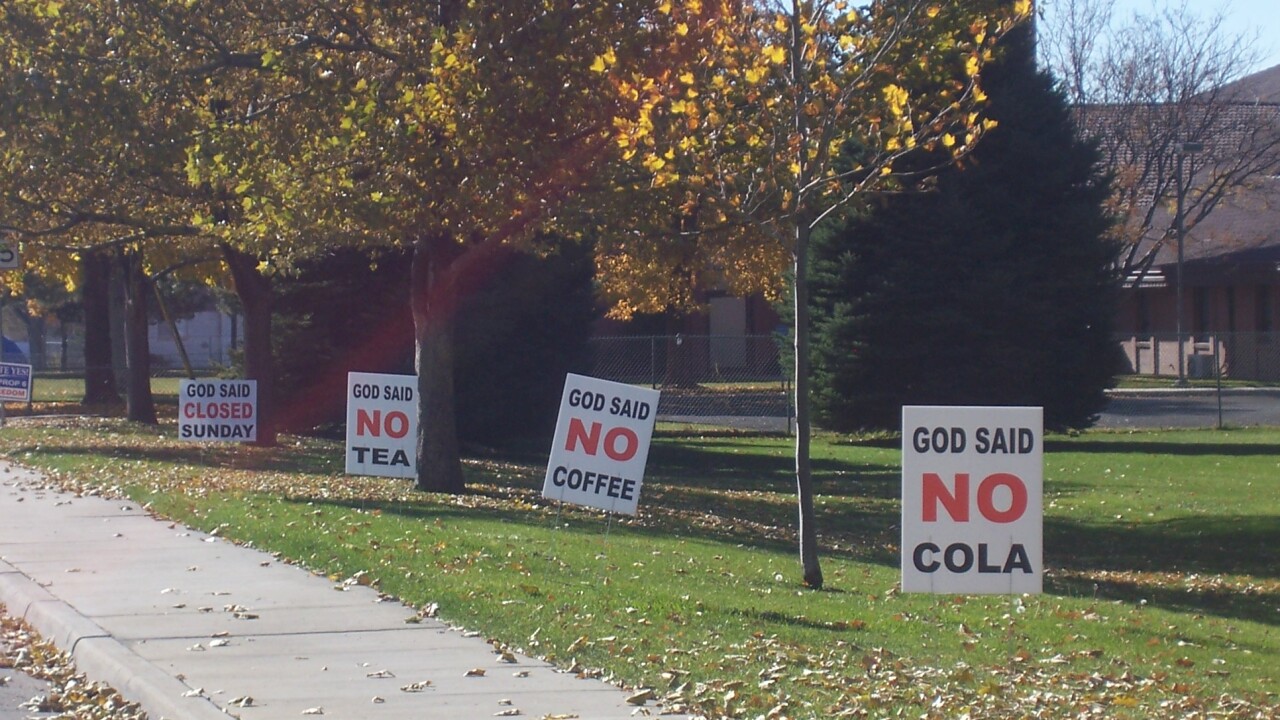 HIGHLAND, Utah -- Voters in Highland said no to allowing business to open on Sundays.

Those in favor of doing business on Sunday in the Utah County town were shot down by about eight percent on the vote, or by about 530 votes.

The tone of the Prop 6 battle took a uniquely religious tone after political signs popped up in Highland, created some controversy.

The signs, in what looks to be regarding a proposition that would allow businesses to open on Sundays, have those on both sides of the issue believing it is criticizing their stance.

The signs do not have any endorsement or name printed on them. The person taking credit for the signs is not from Highland.