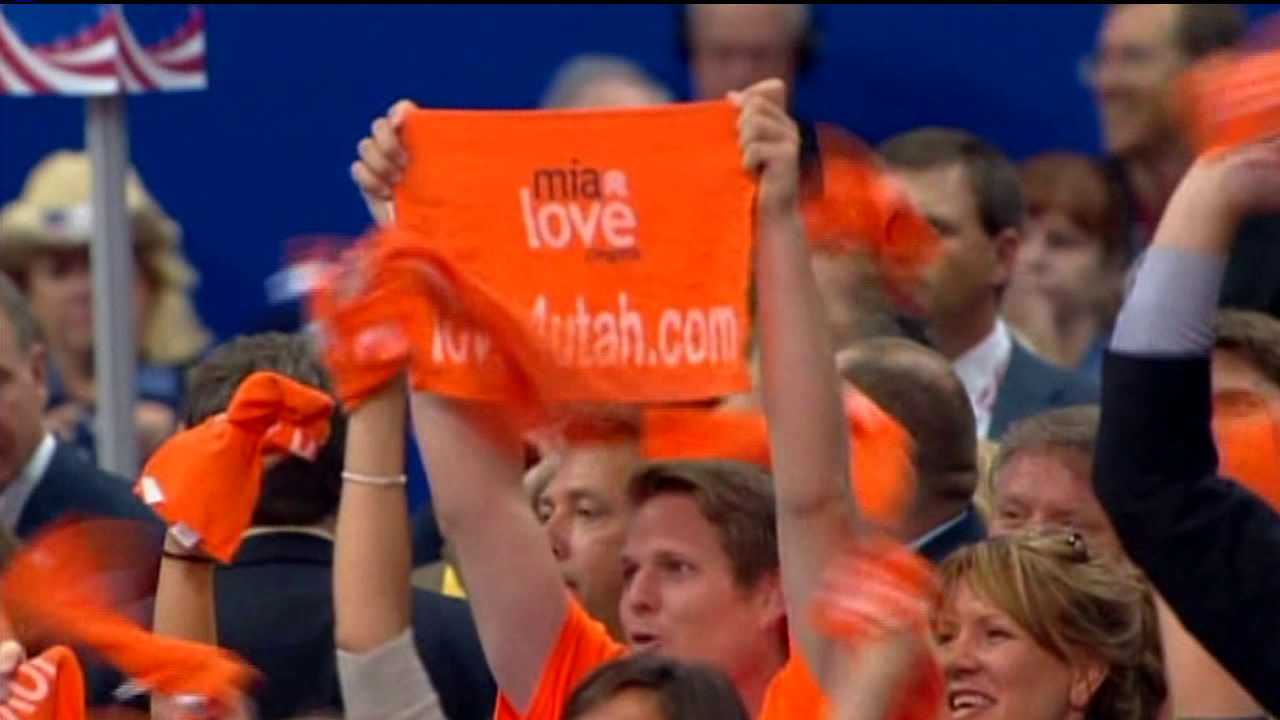 SALT LAKE CITY -- It is by far the most expensive and arguably the most competitive congressional race Utah has ever seen and the stakes could not be higher for Rep. Jim Matheson.

The six-term congressman is fighting to keep his seat, while his opponent Saratoga Springs Mayor Mia Love is fighting just as hard to win the state’s newly drawn 4th district.

Roughly $10,000,000 has been spent on Utah’s 4th Congressional District race so far. The money is coming from individual donors, the national parties, PACs and Super PACs.

So why is so much money being spent on this seat?

“I think this will be the most expensive U.S. House race we've ever seen. Usually we see about $1 million spent by each candidate,” says Tim Chambless, a professor at the Hinckley Institute of Politics.

Both candidates double that type of spending. Matheson has raised more than $2 million for his campaign and Love has raised nearly just as much at more than $1.9 million.

“I’ve had super PACs come in on my behalf,” says Jim Matheson.

Super PACs became legal after a Supreme Court ruling in 2010. They spend an unlimited amount of cash on political races, but they can’t coordinate with candidates. The money comes from corporations, unions, associations, and pretty much anyone.

The top super PAC spender against Mia Love is Center Forward, a group boosting Blue Dog Democrats, which are lawmakers who lean more conservative than their parties. They have spent more than $750,000.

The top super PAC spenders against Matheson are The House Majority SuperPAC and Concerned Women for American Legislative Action Committee, with each spending more than $400,000.

Then there are the national parties.

“The National Republican Party's been exclusively negative against me and they've bought a lot of ads," says Matheson.

"These are groups coming in from the outside trying to influence voters,” says Love. “And the ones that are about me are all wrong; all of them are wrong.”

The total amount spent by outside organizations as of 24 hours from Election Day is $5.6 million.

Why is so much money being spent on a seat that pays the winner an annual salary of less than $200,000?

“Because you have a situation where if Mia Love is elected, she will be the first black woman to be a member of Republican Party in the House of Representatives," says Political Analyst and Professor Chambless.

That’s only part of the picture though. There are 435 seats in Congress, but the number of really competitive districts between Republicans and Democrats is just 26, according to the website RealClearPolitics.com

The National Republican party is tired of seeing a patch of blue in a red state, and Wright is not shy to admit that.

“It just doesn't make sense why a Democrat is representing Utahns; I mean we're one of the most Republican states,” said Wright.

How far would the Republican Party go, besides spending millions to seize a Congressional seat? Some think it comes down to drawing Congressional Districts.

(See part 2 video at the end of story)

How and why the 4th District was created all centers around a process called redistricting. Every decade, after the national census, states draw new legislative maps according to how the population changed.

Nineteen legislators drew the map to include Utah’s new 4th congressional district. The process was public, but some say the final map was created behind closed doors.

“People were saying we don't want to create any of the four districts that was a safe seat for a particular party,” says Rep. Fred Cox of West Valley City.

Although he was not part of the redistricting committee, he wanted to take part in what the Legislature billed as a public and transparent process. Cox spent nearly a year drawing maps. Cox’s map kept urban areas like Salt Lake County’s whole, but the Utah Legislature axed it.

“Why did it disappear? Simply because that's when the party started lobbying; both sides did,” said Cox.

Cox says the state Republican Party threatened to sue if his map was adopted.

“What I said to Fred Cox is ‘if you draw a safe Democrat district, that's gerrymandering and I will sue,” says Thomas Wright, Utah’s Republican Party Chair.

Lawmakers voted to pass the current map instead.

“It did appear to us that the final map was done behind closed doors,” says Jenn Gonnelly of the Utah League of Women Voters. “The urban areas were carved up."

That is exactly what the conservative thinktank, The Sutherland Institute, wanted.

“We were one of those groups that really insisted that the rural and urban communities, because it creates more balance; you don't have these little islands of ideology," says Sutherland Institute President Paul Mero.

It’s not the first time Matheson faced this challenge. In 2002, Matheson’s urban district suddenly represented about half of the state geographically. He ran anyway, and won, but barely.

“The intention was to beat me, there's no question about it,” Matheson says.

Michael Teter, Associate Professor of Law at the University of Utah’s College of Law says both parties go in with their own agenda.

"Both Democrats and Republicans strive to draw districts that benefit their party," said Teter.

He says partisan gerrymandering is not illegal. In fact, most states do it the way Utah does.

“It comes down to partisan advantage and political power,” says Professor Teter.

California and Arizona are among the few states that have an independent commission that decides political boundaries. Represent Me Utah, a citizen group was hoping for that in 2011.

The group was unsuccessful and anger filled the Capitol Rotunda last October when about 100 Utahns protested the way the state’s maps were being drawn. More than a year later, there is still skepticism over what was dubbed a public process.

“The perception is that they; that the Legislature took all the information, but really had a plan already,” says Gonnelly of the League of Women Voters.

“It’s quite clear that Republicans were at least manipulative and devious in the way that they redistricted and we expect to have them answer before a judge for some of the actions they took, which appear to be clearly illegal,” says Utah Democratic Party Chair Jim Dabakis.

However is there any proof Republicans did anything illegal?

Dabakis says the proof could be in emails or meeting minutes, documents the Legislature will not release unless the Democrats pay about $10,000, because the state says it took that much money in man hours to pull the paperwork.

Fox 13 put in our own request for the redistricting documents. It was denied. We appealed to The Office of Legislative Research and General Counsel. It was also denied. They sent us a letter claiming we missed the 30 day deadline to appeal. No one from the counsel would comment, but Senate President Michael Waddoups did instead.

“It almost looks like the media is facilitating helping the Democratic Party circumvent the system, said Waddoups in an interview with Fox 13’s Nineveh Dinha.

“That's not the case for us,” said Dinha.

“Then I could make the same argument that what it looks like from this end of things is there's something to hide by not releasing the information that's been requested,” said Dinha.

“Again ask for anything specific you want and it will be very easy to come up with, but when you ask for the whole menu to taste everything on it,” said Waddoups in response.

Fox 13 is in the process of requesting the documents again and will appeal to The Records Legislative Committee, which Sen. Waddoups is a member.

Waddoups says that to release the records in full, one would have to prove it to be “in the public's best interest.”

“We do believe it's within the public's interest if the public perception is that there was an agenda -- prove us wrong, let us see the documents,” she says.

“There would have to be some smoking gun in those documents that suggested that Republicans tried to target a minority group; I don't think that's likely in this case,” said Professor Teter.

Several legislators and staffers have told Fox 13 they want nothing more than to release the boxes of documents the Democrats requested. However, it will take an appeal to the Records Legislative Committee and convincing from media members as to why the documents are in the public’s interest to know.