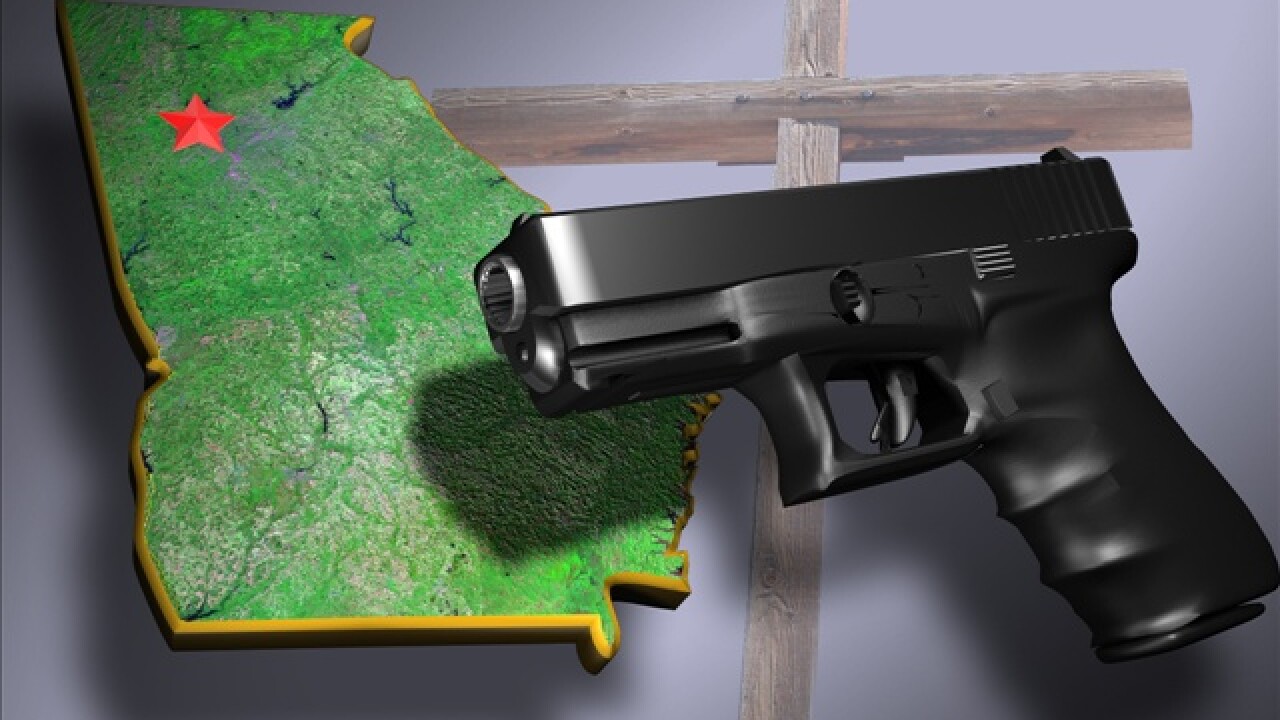 By the CNN Wire Staff

Earlier, police named the suspect as Floyd Palmer, 52, and described him as armed and dangerous.

Authorities said marshals and Fulton County police arrested the suspect at Lenox Mall in the Buckhead community of Atlanta, about 25 miles from the church.

There were about 25 people in the massive church when the shooting happened, police spokeswoman Cpl. Kay Lester said.

The golden-domed megachurch, which claims about 30,000 members, is led by well-known prosperity minister Creflo Dollar.

The victim, whose name was not immediately released, died at a hospital. He was leading a prayer when he was shot, police said.

Palmer is a former volunteer at the church who resigned in August, Lester said.

She said police don’t know whether the victim was targeted specifically.

Dollar has built an international religious empire, with broadcasts of his sermons beamed worldwide and speaking engagements in Europe.

Since he started his ministry in an elementary school cafeteria in 1986, Dollar has earned praise and criticism.

Supporters say he has preached a message that’s financially empowered his parishioners and challenged the idea that Christians should be ashamed to be rich.

Critics call him “Cash-Flow Dollar” and say his message perverts the Gospel.

CNN’s Nick Valencia and Melanie Whitley contributed to this report.