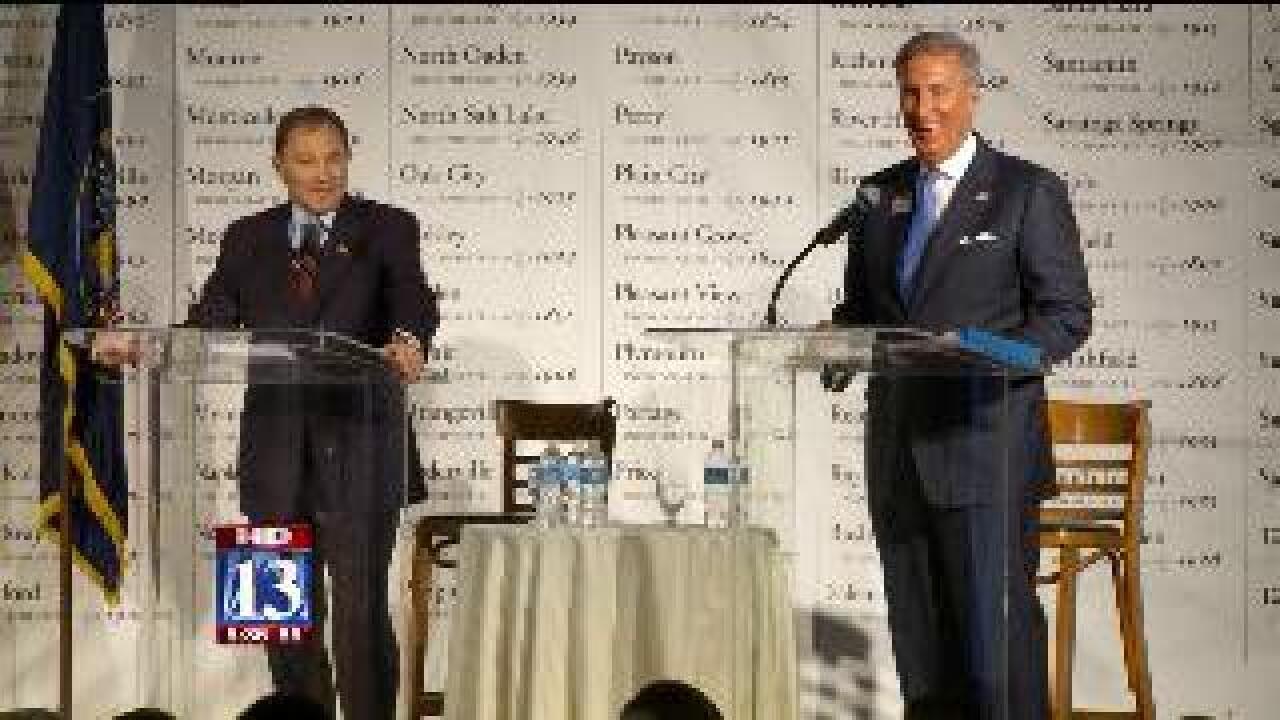 Utah is either a leading light among states, noted for its management, efficiency and effectiveness, or it’s derelict in its obligation to educate children, to advocate for workers, and to open its books to its citizens. That’s the contrast presented in the first debate between candidates for Utah’s governor. If you believe the former, Gary Herbert’s your man.  If you believe the latter, it’s Peter Cooke.

Cooke tried to go on offense on a number of issues including financing education up to national per-capita standards, protecting Hill Air Force Base and increasing wages.

“You're selling our state to have cheap labor,” Cooke told the governor.

Asked after the debate about the accusation, Herbert replied: “I'm a strong advocate for Utah. If you don't believe in the state, you ought not be running for governor.”

Cooke took umbrage at repeated critiques from Herbert that Cooke supports big government solutions to Utah’s problems. The retired army general raised his voice to characterize his resume away from government and Herbert’s long time in elected office, “[I spent] 29 years in the private sector, I have not been in the government for 24 years.”

With the crowd on his side, Herbert was quick to point out the state’s financial credentials, noting he was making news by announcing the state once again receiving a triple-A bond rating, “Not even America has that!” the governor said to laughs in the audience.

The audience was composed largely of elected leaders attending the Utah League of Cities and Towns. The governor received a few ovations, most enthusiastically when he talked about the state’s fight over taking control of federal lands.

“There's not anything out there the federal government does better than the state or local communities when it comes to management,” the governor said.