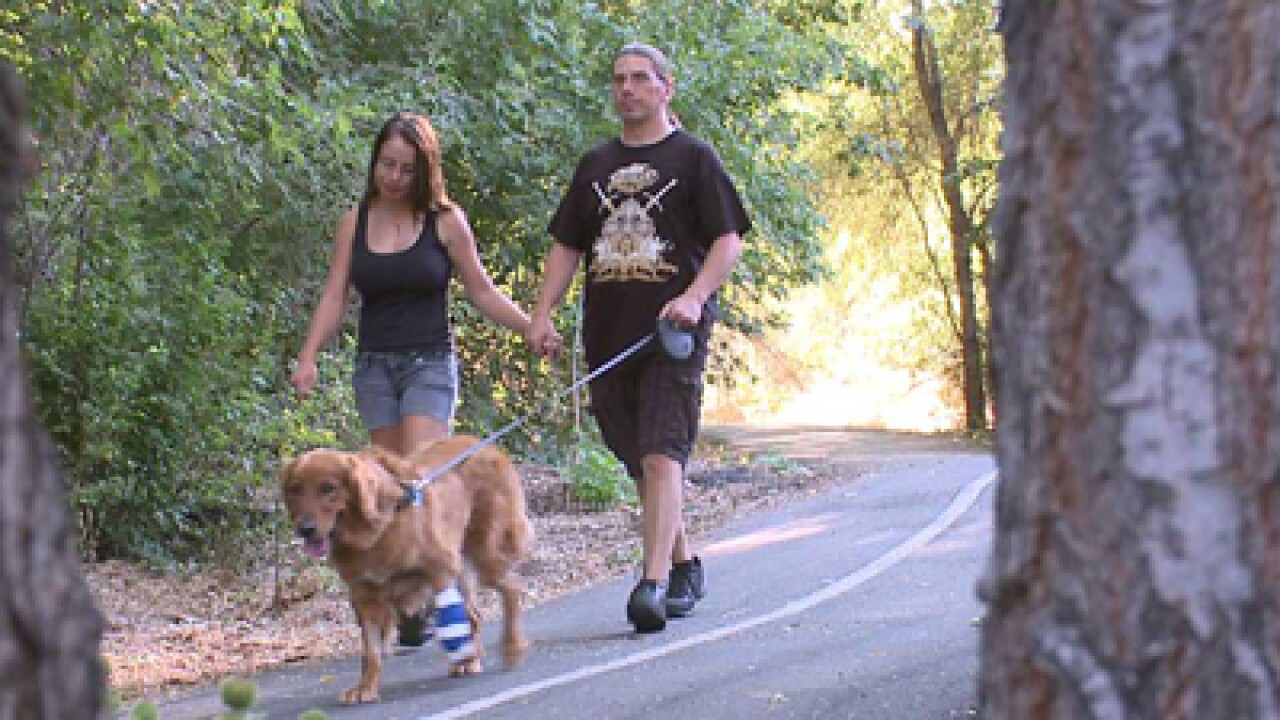 OGDEN, Utah - A giant rattlesnake attacked a golden retriever on a popular trail in Ogden Canyon last week. The dog survived, but only because of some foresight by his owners.

Jon Zaremba and Kat Csaba were hiking along the trail when they spotted a rattlesnake in the middle of the trail.

"In the middle of the trail was a rattlesnake. It was about the size of a wheelbarrow tire and it was about as thick as my arm," said Zaremba.

Without warning, the rattlesnake bit their dog Dougal. The venom spread from his leg to his chest in a matter of minutes, but Dougal had gotten a rattlesnake vaccine earlier in the year, which slowed the effects of the neurotoxins and likely saved his life.

"He was just black and blue. It was pretty scary. It was honestly like leaving your child at the hospital looking like that. We couldn't stay there with him. So that was pretty hard," they said.

They're pretty sure the snake was a Western diamondback, which aren't native to Utah. Snake expert Jim Dix says that if it was indeed a diamondback, it was brought to Utah from somewhere else.

"The Great Basin which we have in Salt Lake City all the way down to St. George is a more docile snake," said Dix.

Dougal is still healing, but back on his feet. His owners say Dougal's time walking off-leash is over.

"You never know what a dog might get himself into before you call him back," they said.

The rattlesnake vaccine isn't a cure, but it can slow the effects of venom. They should be given once a year and cost about $30.