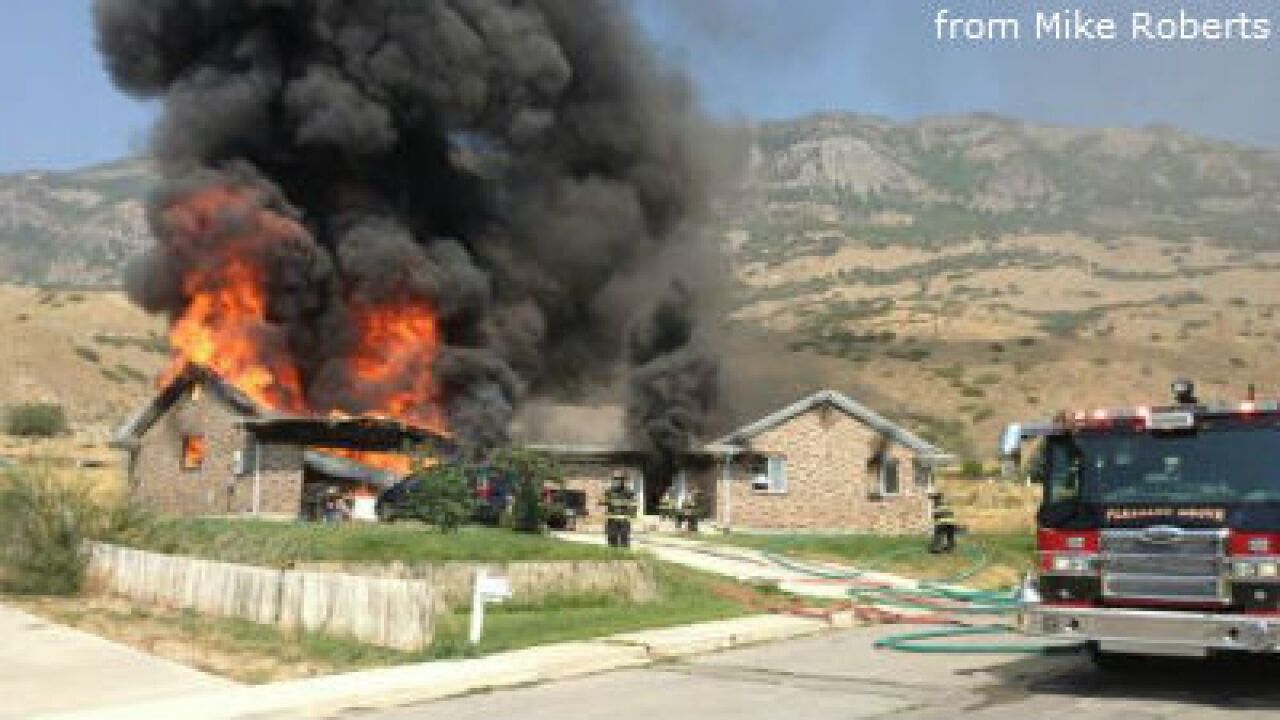 PLEASANT GROVE, Utah - A Pleasant Grove family lost their home Saturday afternoon after a 5-year-old boy who was playing with matches accidentally sparked a fire.

According to his grandmother, the 5-year-old boy found a book of matches and began playing with them in the home's garage. When he dropped a lit match into peat moss, a fire started. He grabbed a cup of water and tried to douse the fire himself.

The boy's grandmother says she knew something was wrong and followed him into the garage. She called firefighters, but by the time crews arrived, the fire had already spread into the house.

Because the fire was so hot, crews had to take a defensive approach and fight it from outside. The fire destroyed the house, causing about $200,000 in damages. A cat and three kittens are also missing, but the family hopes they're just hiding.