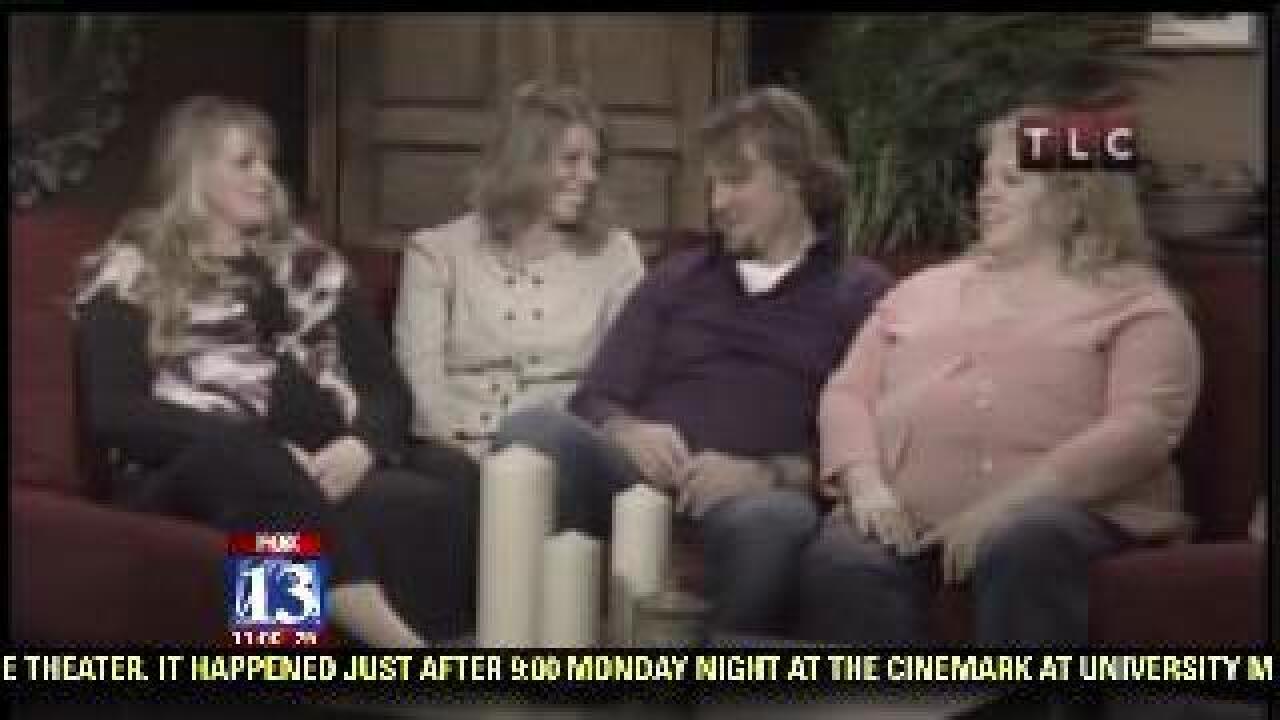 SALT LAKE CITY -- A federal judge appeared reluctant to toss a lawsuit filed against Utah by a reality TV polygamist and his four wives.

Kody Brown and his wives, Meri, Janelle, Robyn, and Christine, sued the state after Lehi police opened a criminal investigation, shortly after their reality TV show "Sister Wives" debuted. They are seeking to overturn Utah's ban on polygamy.

On Wednesday, the Utah Attorney General's Office asked a judge to dismiss the lawsuit claiming the Utah County Attorney has adopted a policy to not prosecute polygamy alone. The state argued the Brown's lawsuit is "moot," because the polygamous family is no longer under threat of prosecution.

"Why shouldn't the court believe this is a ruse to avoid having the issue reviewed?" he asked lawyers for the state.

In fiery arguments with the judge, the state argued that both Utah County Attorney Jeff Buhman and Utah Attorney General Mark Shurtleff have adopted policies that do not prosecute polygamy alone. Waddoups was combative, suggesting the state was trying to avoid having an "issue of importance" reviewed.

"Utah County does not want to prosecute the practice of polygamy," assistant Utah Attorney General Jerrold Jensen told the judge.

"But it reserves the right to do so," Waddoups shot back.

Jonathan Turley, a lawyer for the Brown family, told the judge that another prosecutor could decide to go after the polygamists.

"This law dangles like a Damocles sword over this family's heads, by a very thin thread," he said. "That thread is prosecutorial discretion."

In taking the case under advisement, Waddoups told lawyers it was "an important issue to many people." There are an estimated 30,000 people who consider themselves fundamentalist Mormons, a belief system that includes the practice of polygamy. (The Church of Jesus Christ of Latter-day Saints no longer practices polygamy and excommunicates those who do.)

"It does impact literally thousands and thousands of us," said Joe Darger, a polygamist who lives in Salt Lake County with his three wives: Alina, Vicki and Valerie.

The Dargers said that while Utah's Attorney General has taken a position on not prosecuting polygamy amongst consenting adults, the next one may change his mind.

"Attorney generals come and go. Things can change," said Alina Darger. "So even though they've said they won't prosecute, it would feel a lot better if the law was gone."

"It's the language," added Valerie Darger. "They say they will not, but we want them to say they cannot."

The family, who was the inspiration for the TV show "Big Love," recently penned a book about their lives entitled "Love Times Three."

"Overall, we feel like it's been a good thing to be public and put a different face out there, so people can understand that we're your neighbors," Joe Darger told FOX 13. "We're people just like you."

A decision on the "Sister Wives lawsuit" is not expected for several weeks.

In a statement issued through their attorney, Kody Brown and his wives wrote:

“The family is obviously following developments in Salt Lake City closely today as the court considers the Motion to Dismiss filed by the prosecutors who do not want the Court to rule on the merits of our case. We remain committed and hopeful in the litigation. We feel strongly that this law is unconstitutional and that the people of Utah should have a final decision on that question. While we continue our close ties to Utah, we have remained in Nevada in the best interest of our children and family. One of the factors weighing heavily on our decision has been the continued insistence of officials that this law is constitutional and that plural families are presumptive felons. As we have stated before, Nevada has offered our family a wonderful and welcoming environment, which is deeply appreciated. We remain deeply thankful for the hard work of Professor Jonathan Turley and our local counsel Adam Alba and the team of students at George Washington University Law School. We remain committed to this case wherever it may lead in seeking to affirm the rights of plural families in Utah.”