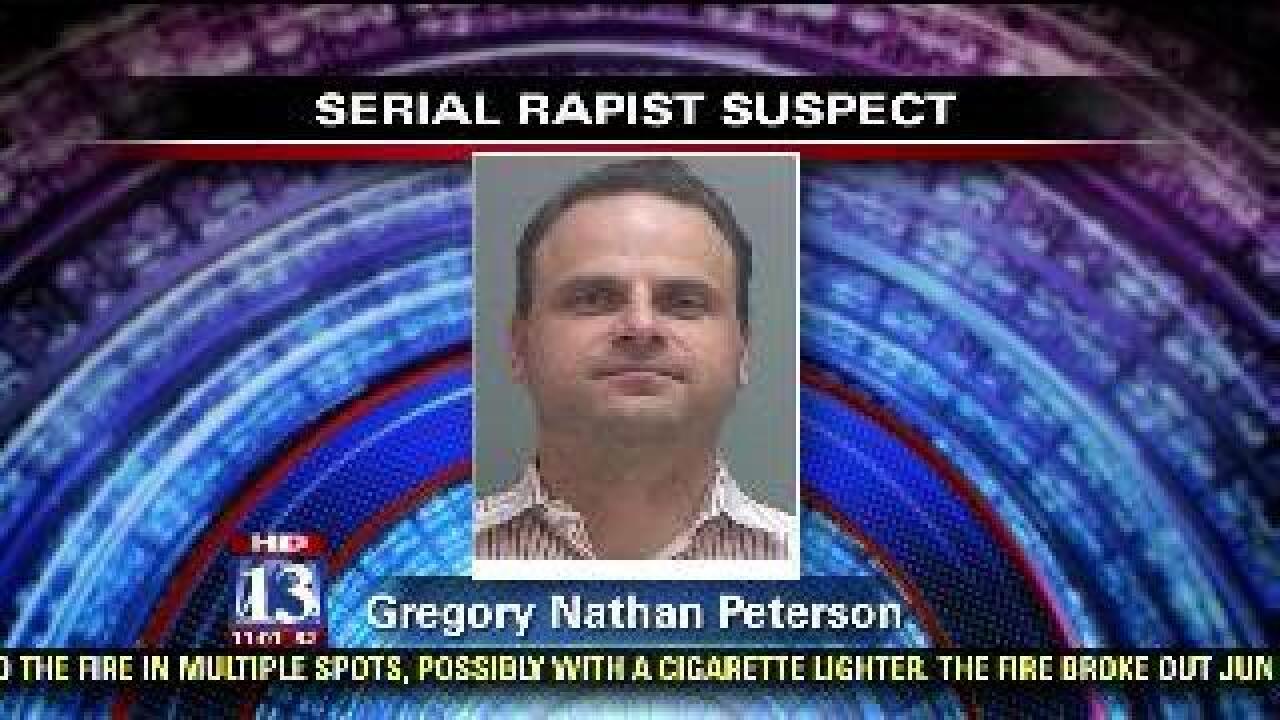 All of the women said they were sexually assaulted by Gregory Peterson and have similar stories. Peterson, 37, runs a consulting business in Orem.

Court documents say he met two of the women online, convinced them to meet him for a lunch date, followed them back home, forced his way into their homes and sexually assaulted them.

Another woman met Peterson at a church function, where he asked her to go to a movie. When she got in his car, he used a gun to force her into going to his cabin in Heber where he sexually assaulted her, according to police.

Another woman claims he used her illegal immigration status as a way to keep her silent over the rape.

A judge set bond for Peterson at $750,000. He is charged with aggravated kidnapping, forcible sexual abuse, and object rape.