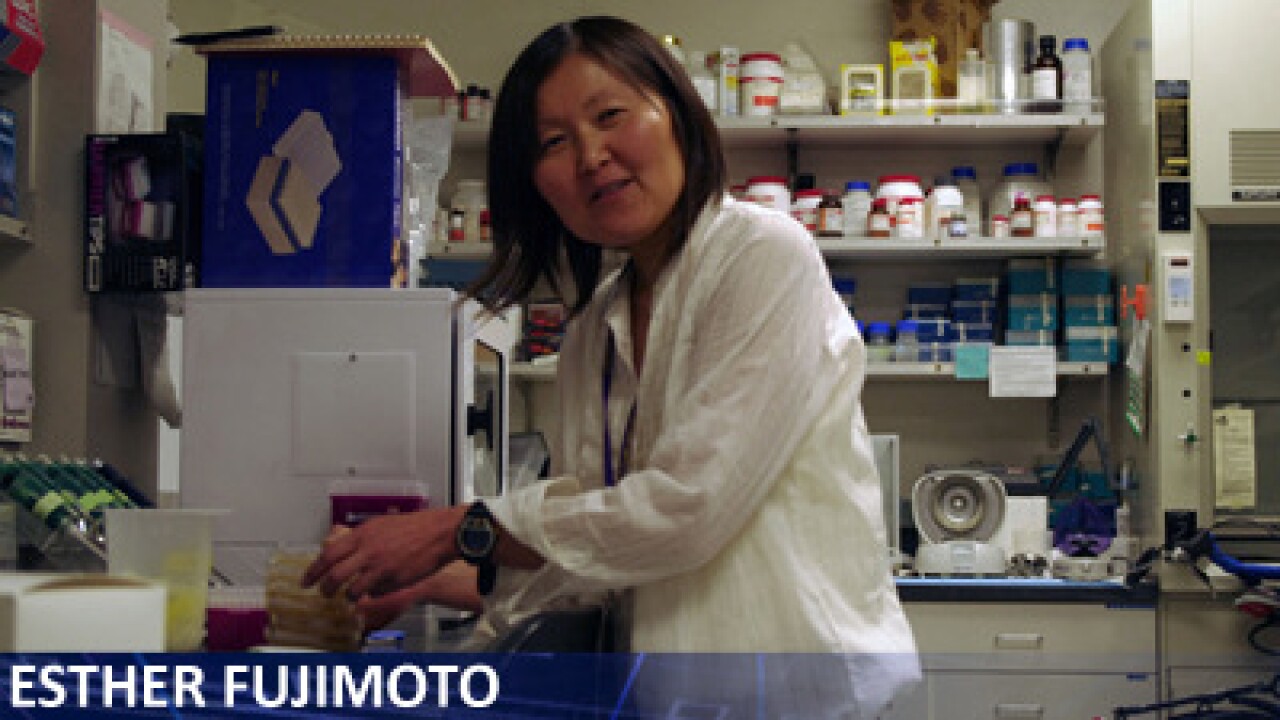 OGDEN, Utah -- The men suspected in the boating death of a University of Utah researcher appeared in an Ogden courtroom Thursday for preliminary hearings.

49-year-old Esther Fujimoto, a lab specialist at the University of Utah, was swimming in open waters in the Pineview Reservoir on Aug. 21, 2011, when she was allegedly struck and killed by a boat driven by Cole Boyer, Skyler Shepherd and Colton Raines, who deputies suggest left Fujimoto to die after striking her with the boat’s propeller.

"Her arms were stretched out, her belly was messed up and she was screaming, 'Help, help!' I held her hand and tried to keep her heard above water but she stopped breathing," said Vaughn Anderson, who found Fujimoto in the water and made the 911 call to emergency personnel.

The lawsuit alleges that the trio didn't do enough to help Fujimoto after she was hit and the charges are based on their conduct after the incident.

Anderson says he saw the men asked Fujimoto if she was okay twice before leaving the scene. Prosecutors argue that at least one of the men had allegedly been drinking and smoking marijuana at the time and they became scared after hitting her.

Shepherd and Raines are charged with reckless endangerment, obstructing justice and not providing aid. Boyer faces charges of obstructing justice. All of the charges are misdemeanors. A judge ordered all three to stand trial in connection with Fujimoto's death.

Fujimoto's family says the charges are not fair, but the attorney for two of the men say there was no criminal intent.

"All the individuals involved made some decisions and did some things that, I think, we all look back and regret," said Greg Skordas, defense attorney. "But to say that it's criminal or warrants so sort of prosecution, it doesn't make sense."

Four months ago, Fujimoto's family and friends faced the suspects in the courtroom and described it as unnerving.

Fujimoto's sister has filed a civil lawsuit against all three men.

On Aug. 13, a trial date will be scheduled and the court will decide whether the three men will be tried together.

The longest sentence they could serve if convicted is one year for reckless endangerment.