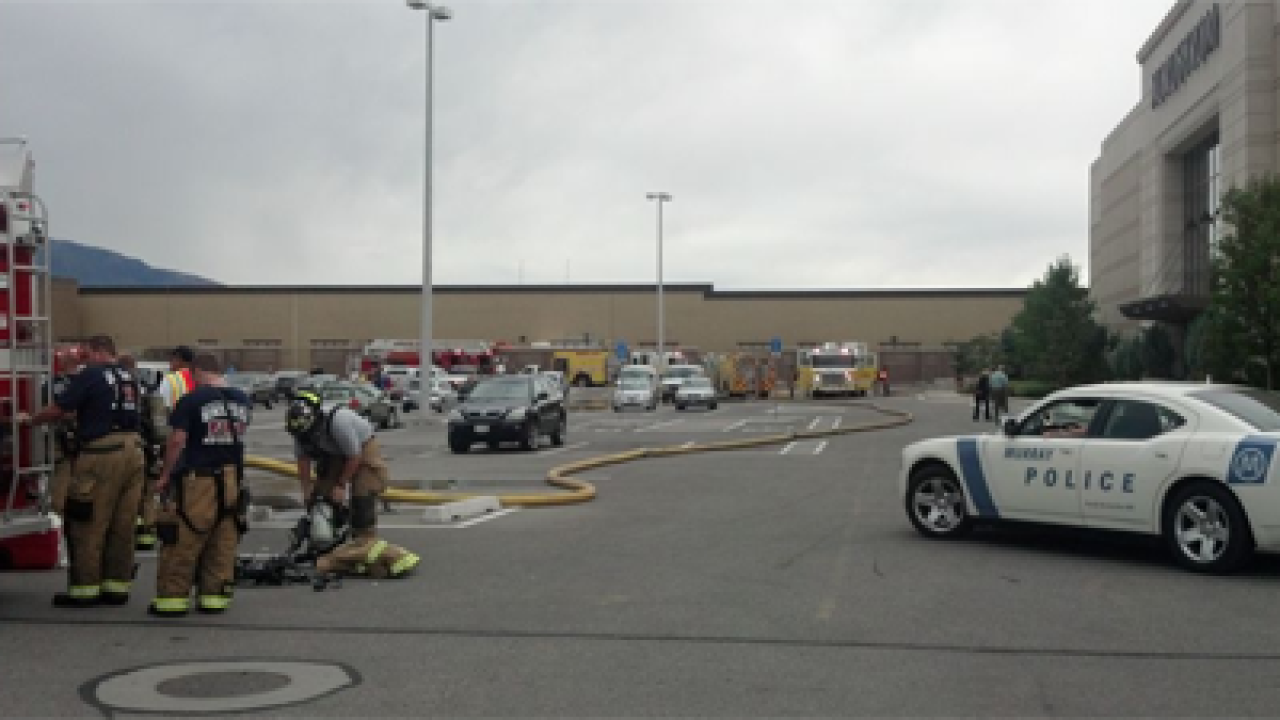 MURRAY, Utah - Crews put out a fire behind the Nordstrom at Fashion Place Mall on Thursday afternoon.

The fire started at around 3:30 p.m. in a shed containing paper products behind the Nordstrom at Fashion Place Mall, located at 6191 South State Street in Murray, but crews were able to put it out by 4:30 p.m.

Nearby stores had been evacuated, but that evacuation has been lifted. There was no damage sustained to the interior of the mall.

The cause of the fire is under investigation, but say it doesn't appear to be suspicious. The fire caused $60,000 in damages.