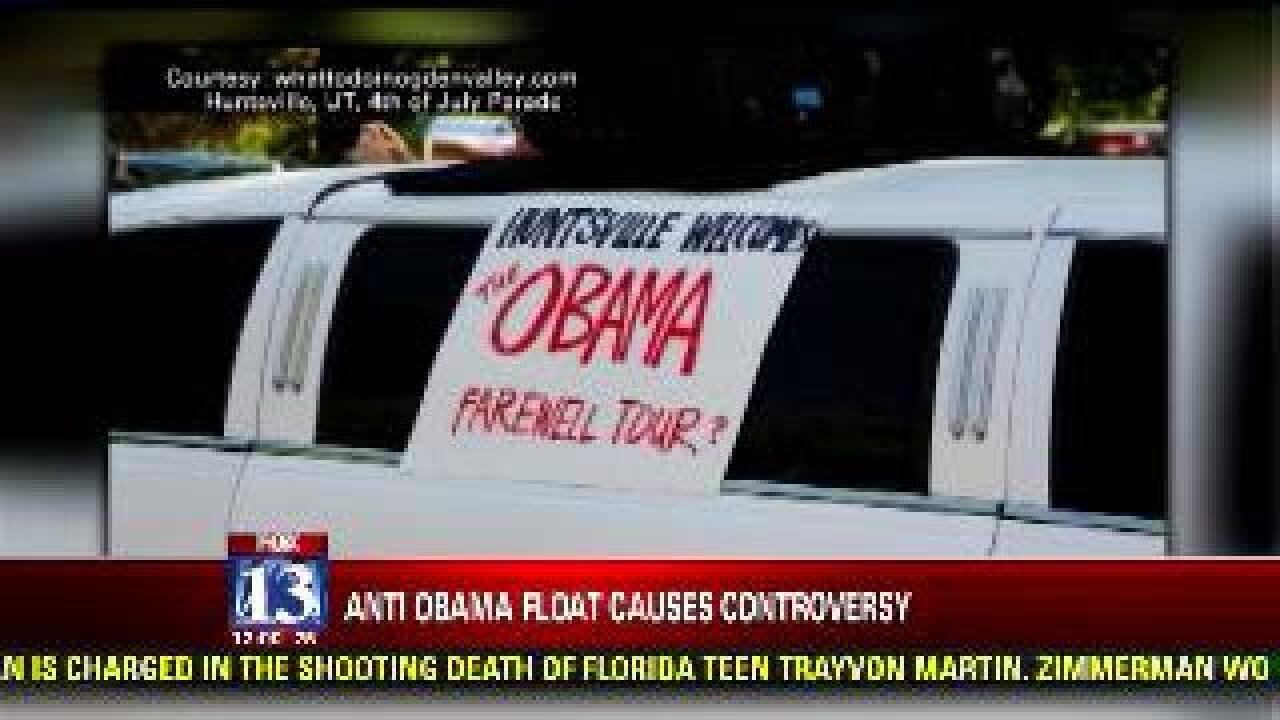 HUNTSVILLE, Utah -- A parade entry portraying President Barack Obama and using the term "Obamanation" has made some angry, and others upset at the negative attention.

It happened in the city's annual Fourth of July parade.

The float showed a person dressed as President Obama with one sign that read "Huntsville Welcomes Obama's Farewell Tour?" On the back, another sign said, "Ask about our assault gun plan. Call Eric Holder."

On one side of the issue, people are saying the float was disrespectful and had no place in a patriotic parade. The other side says it was all in good fun.

Huntsville Mayor Jim Truett and City Council member Laurie Allen say the entry doesn't reflect the views of the city. They say it was entered at the last minute, not through usual protocol and they would not have approved it if they had seen it.

"I don't think we would have allowed it, in fact I know we wouldn't," said Allen. "We just don't want that. It's a family-oriented celebration."

Weber County Sheriff Chief Deputy Klint Anderson told Fox 13 News his department contacted the Secret Service after some residents expressed concern the float was a threat to the President.

"We don't decide what's appropriate. That's up to the town, the parade organizers and the people who design the float," Anderson said.