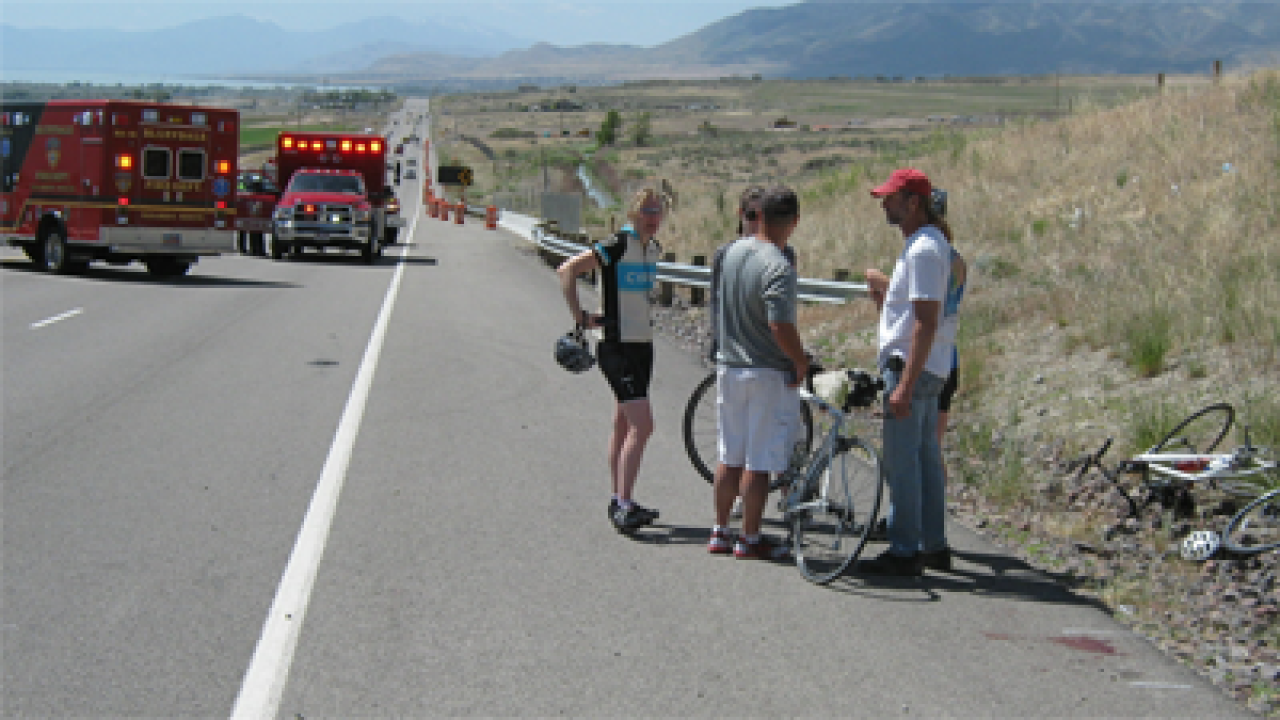 UTAH COUNTY - A female bicyclist has died after an incident near Camp Williams Saturday morning and the Utah Highway Patrol is now investigating whether a construction sign caused that crash.

UHP officials say passersby on Redwood Road and 10400 North saw a fallen bicyclist who was unconscious and not breathing just before 11 a.m. Saturday morning. Those passersby administered CPR until emergency crews arrived.

Officials say 48-year-old Cathi Turner from Riverton was riding her bike southbound on Redwood Road Saturday morning with a friend when she lost control of her bicycle and crashed off the road to the right into rocks and dirt. She was wearing a helmet, but suffered critical injuries.

According to a hospital spokesperson, Turner was transported to Intermountain Medical Center via medical helicopter in extremely critical condition where she died on Saturday.

Investigators say Turner and her friend had just entered a construction zone and that Turner hit a construction sign that was sideways in the bike lane, causing her tire to go flat.

'We believe it's possibly from hitting maybe one of the rails of the sign here and it probably put a hole in the tire. We think she was going 30-35 miles an hour and with a flat tire, her bike started wobbling and that's when she went into rocks and started tumbling down the road," said UHP Sgt. Dave Rumfield.

Officials don't know whether winds pushed the sign into the lane or if crews didn't properly secure it. Staker Parson, the contractor doing the roadwork, had a permit and the right to have signs and construction barrels in the bike lane, but under permit regulations, those signs have to be secured with sandbags. UHP and UDOT are looking into whether that was done adequately. 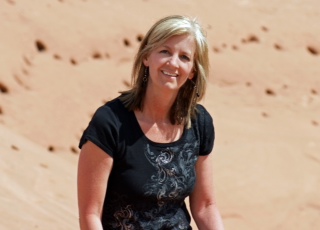