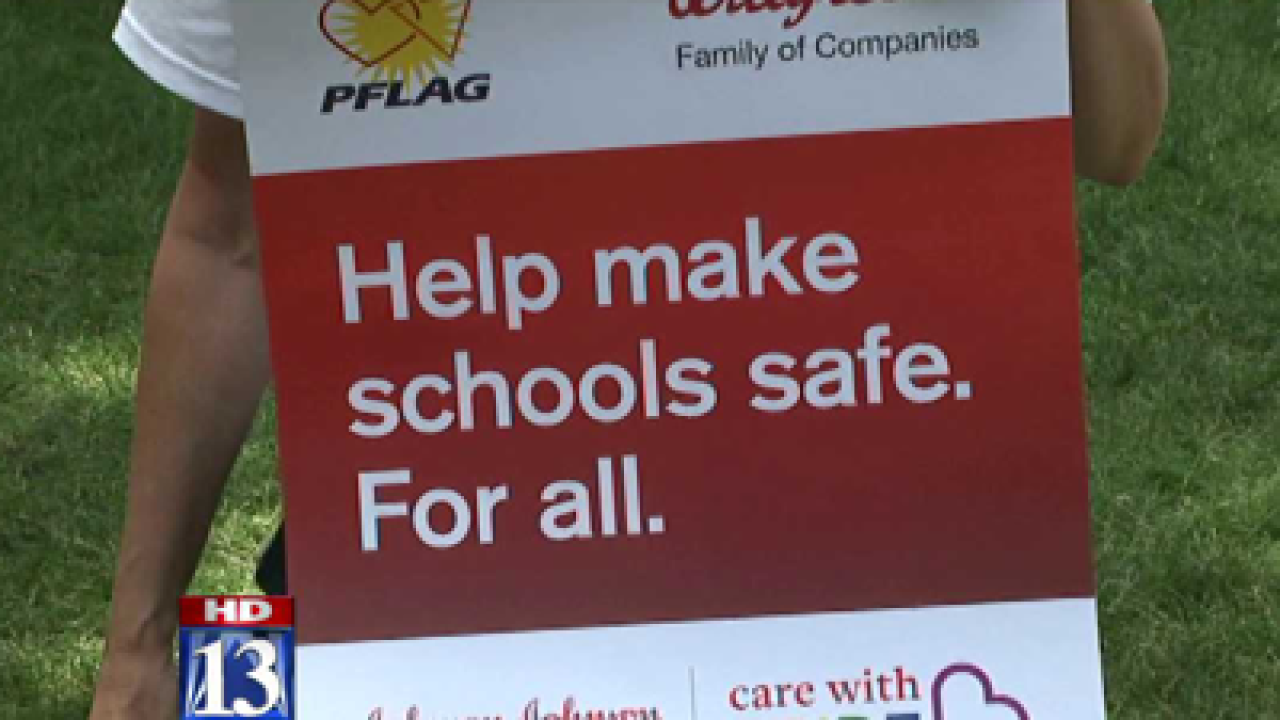 SALT LAKE CITY - The Utah Pride Festival is a celebration of the LGBTQ community, and some participants used the festival as a platform to fight bullying, an issue close to the heart of many members within the community.

Kathy Godwin, co-president for the Salt Lake City chapter of Parents, Families and Friends of Lesbians and Gays, says nine out of ten kids who describe themselves as LGBTQ are bullied.

While this weekend's celebration focused on acceptance of members of the gay community, PFLAG wants to stop bullying of all kids, whether they're being bullied for their sexual preference, race, sex or religious affiliation.

"We have put Stop Bullying Campaign sign ups around the festival," Godwin said. "I want them to know we're here."

The PFLAG Care with PRIDE campaign helped with this weekend's event.