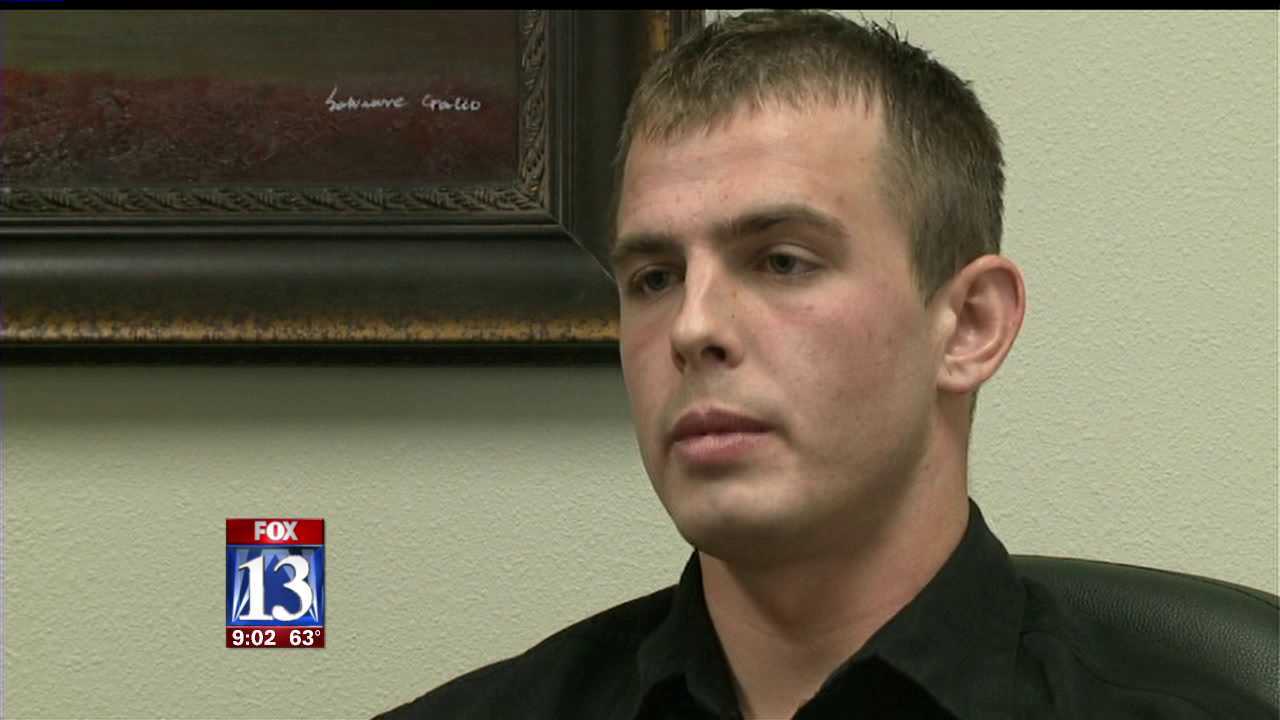 SALT LAKE CITY -- A 22-year-old college student has filed an $11 million federal lawsuit against police in central Utah, claiming they forced a catheter in him after he refused to consent to a search for marijuana.

"I don't think it's right what they did," Cook told FOX 13 on Thursday. "I'm pretty sure they're doing it to other people. They made me feel like an animal."

The former Snow College student said he was smoking cigarettes with friends back in 2008 when police approached their car, parked on a roadside in Ephraim. His lawsuit, filed in February in U.S. District Court, claims police searched the young men and their vehicle. The police claimed they could smell marijuana, but could not find any during a search, Cook claims.

After a K-9 still could not find marijuana, an officer popped the trunk and found a glass pipe inside. Cook claims the officers then asked him to drive his friend's car to the police station.

"If somebody's under the influence of marijuana, the last thing you want to do is put them in a car and drive," said Cook's attorney, Lindsay Jarvis. "That goes against every statute the state has, and so that's where it gets a little frustrating and it gets out of control from there."

Cook said he believed that after driving his friend's car to the police station, he thought he would be free to go. Instead, he was put in a holding cell and officers demanded he take a drug test.

"I asked for an attorney because I didn't know if this was right what they were doing," he said. "Once I did that, they said 'We're getting a search warrant so we're going to have your urine by the end of the night.' "

Police obtained the warrant, his lawsuit claims, and they drove him to Sanpete Valley Hospital. After being told that a catheter would be inserted into his body to obtain urine, Cook said he said he would consent to giving a sample but became "nervous" and could not urinate.

"The nurse told (an officer) to hold my shoulders, so he held my shoulders and then the nurse undid my pants, wiped me down with iodine and put the tube in me," Cook told FOX 13. "And then they took me to jail."

Cook was arrested for marijuana possession and resisting arrest. Jarvis said the resisting arrest charge was for refusing to give a urine sample. She accused police of "bullying" people with forced catheterization.

"This is being used as a punishment to try and get them to comply," she said. "Rather than employ a simple blood test, they're forcibly catheterizing these people."

Forced catheterization is a relatively new issue in the courts. A similar lawsuit was filed by a woman in 2008 against police in neighboring Sevier County. It was dismissed after a federal judge ruled the officers acted without malice and their intent was to "bring her to justice" for the charges she was facing at the time.

A lawyer for the officers and Sanpete County denied the allegations made by Cook.

"Whatever happened to him in terms of the catheterization was done pursuant to a warrant," said Peter Stirba. "A bodily fluids warrant issued by a judge, under the auspices of a court order."

Stirba noted that Cook reached a plea in abeyance to a marijuana possession charge. A plea in abeyance means a defendant admits guilt, but if they commit no further violations of the law -- the case is dismissed. Cook said he entered into the plea after a search warrant challenge was rejected.

"I want them to be accountable for what they did," Cook said.

Cook's lawsuit will undergo discovery and depositions. Barring a settlement in the case, Jarvis said it would likely go to trial in 2014.