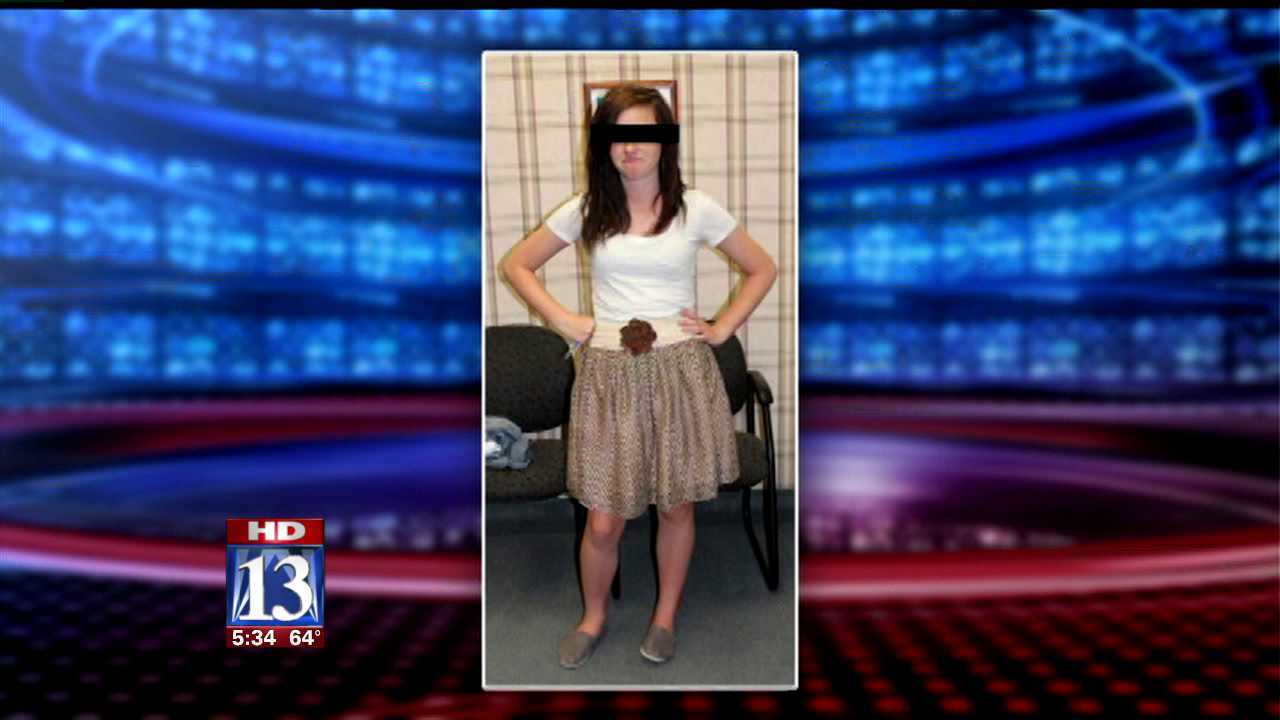 TOOELE -- A Tooele Jr. High student was called in to her principal's office, told her outfit was inappropriate and ordered to get a change of clothes. Since then, the incident has caused controversy and garnered some national attention.

14-year-old Ema Parker says the principal confronted her in the lunch room on Tuesday and said that her skirt was too short, a violation of the school's dress code. Ema was told to call her father for a change of clothes.

The school's dress code says all skirts and shorts must be two inches above the knee or longer. She thought the skirt was adequate, but it apparently came just short of decency.

"I think that's kind of shocking I get cornered for this, like separated out from other people," said Ema. "He [the principal] asked the secretary who is, like, 'Oh, well is this girl's skirt too short?' And she's, like, 'Yeah.'"

Ema's father took a picture of the outfit his daughter wore that day and posted it on his blog, asking how the skirt could be seen as indecent. That blog post was picked up by The Huffington Post and the controversy has gotten lots of attention from across the country.

Most parents agree that Ema's outfit is okay and are questioning the principal's decision.

Ema feels like she was targeted and held at a higher standard than other students. The 8th grader says she is happy there is only one day left of school before she can leave it behind for good and wear the outfit whenever she wants.

Neither the principal nor the school district would talk to FOX 13 in detail about this incident. They would only say they are investigating it and added that all schools come up with their own dress code policy.