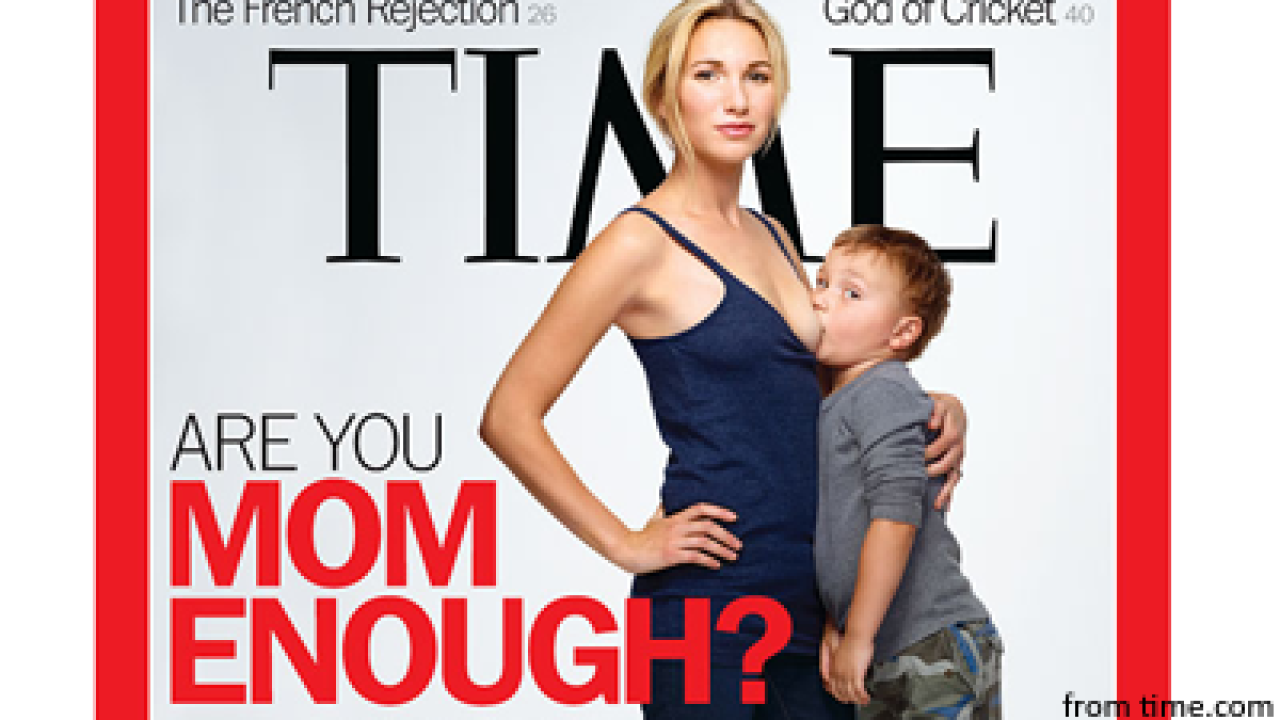 A provocative cover photo for TIME magazine has drawn controversy as critics and supporters of the practice of attachment parenting have spoken out.

The photo features a mother with her tank top pulled down, exposing one breast so her 3-year-old son can breastfeed. The posed question: "Are you mom enough?"

The cover story focuses on the practice of attachment parenting, a parenting theory that advocates the mother or primary caretaker keep her baby as close to her body as possible at almost all times.

Parents are discouraged from using strollers, instead advocating wearing babies in slings. Mothers continue breastfeeding their toddlers, sometimes through pre-school. Parents and children often sleep in the same room or even the same bed.

Dr. Douglas Goldsmith, a child psychologist, says that the image doesn't accurately represent the practice of attachment parenting. Goldsmith says the picture shows that attachment parenting is more about the parent than the child, but advocates say the practice helps children develop a natural bond with a caretaker that can have lifelong benefits.

He says that the danger of attachment parenting is that the parent and the child become too attached.

"I've seen many who are 2- and 3-year-olds say to the mother, 'I need to feed' and move her shirt. Those kids are very connected and what they've learned is, 'I'm starting to get upset mom and I'm going to breast feed to calm down,' because they don't need the nutrition," said Goldsmith, a child psychologist. "If that's what we are doing, it's problematic, because we are not teaching the 3- and 4-year-old child to self regulate and take care of his own emotions."

The cover has brought criticism both for its provocative nature and for its content; when should mothers stop breastfeeding?

Kimberly Buck, a lactation educator, says that officials recommend mothers breastfeed their babies until age 2, or at least for the first year. She hopes the provocative image doesn't discourage mothers from breastfeeding.

"It's beneficial to our babies, and it's a beautiful, natural thing," said Buck.