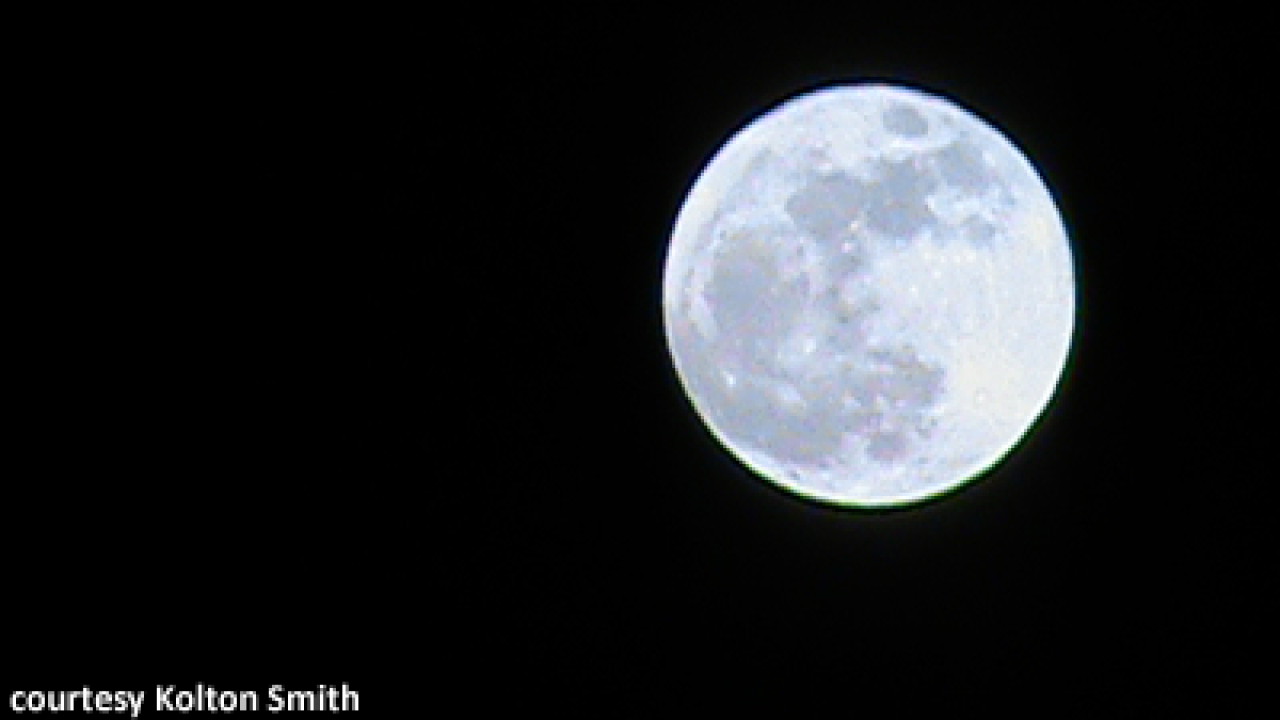 (CNN) — A lunar light show circled the globe Saturday, rewarding many moongazers with bright, crisp detail of the full moon’s craters and basins.

Called a “perigee” moon by scientists, the annual phenomenon occurs once a year.

NASA said the moon appears about 14% bigger and 30% brighter than other full moons.

“The colors were spectacular,” wrote Sigurdsson, 47. “The weather here for viewing the moon rise could not have been better.”

Residents of the mainland United States were hoping for similar conditions at 11:34 p.m., ET, the peak of this year’s “super moon.”

The West and Southwest will have clear skies for good viewing. The northern Plains, upper Midwest and Mid-Atlantic states may find the viewing less than optimal.

Texas and portions of the Gulf Coast will have partly cloudy skies.

The best time to see the event is just as the moon crosses Earth’s horizon. The moon always looks biggest then, although the reason why is a bit of a mystery. Viewing the moon behind buildings and trees creates an optical illusion so it appears even larger, making it a perfect time to try to grab some beautiful pictures.

So why is this full moon so super?

Experts say viewers may not notice a noticeable size difference, given there are no reference points when the moon is high overhead.

“‘Super moon’ is a situation when the moon is slightly closer to Earth in its orbit than on average, and this effect is most noticeable when it occurs at the same time as a full moon,” James Garvin, chief scientist at NASA’s Goddard Space Flight Center, said in 2011. “So, the moon may seem bigger although the difference in its distance from Earth is only a few percent at such times.”

Among those staying up late Saturday was Beth Wade of Lake Wylie, South Carolina. She took “test” photos of the moon Friday and early Saturday.

“I love nature,” said Wade, 31, who has a corporate day job and an online vintage clothing shop.”We live on the lake and I love taking photos of the sunset, so anything that is that beautiful, that natural and prominent is great to see. The super moon is a natural phenomenon, and that is what is so awesome about it.”

Shari Neluka Atukorala, an iReporter in Kandy, Sri Lanka, said the moon “was so bright that I could really see the markings on it quite close … and yet so far.”

Not everyone was wowed.

Ben Jason Tesiorna, 41, of Davao City, Philippines, took a photo of the moon peeking through clouds.

“I was actually expecting a much larger moon, considering scientists are calling it a super moon,” he said.