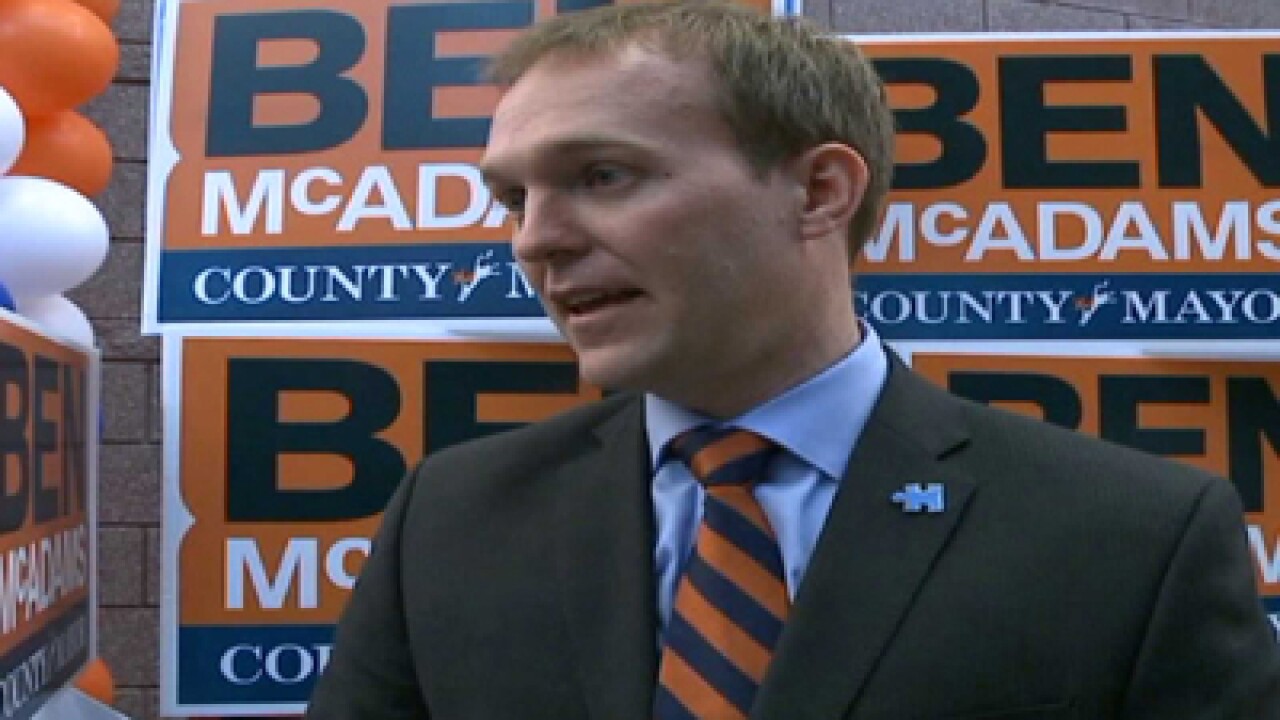 Utah Senator Ben McAdams will be the Democratic candidate for Salt Lake County Mayor after garnering 61 percent of the votes in the party convention.

McAdams defeated fellow state Senator Ross Romero in a second round of voting at the convention after narrowly missing the necessary 60 percent mark to avoid a primary election. McAdams defeated Romero 61.52 percent to 31.48 percent in the second round.

"We are the Utah Democratic Party and we will go forward together to make sure the county mayor's seat remains in Democratic hands," said McAdams. "I think people in Salt Lake County care about schools. They care about cleaning their air. And if we can make the case that I am the candidate best able to take care of the issues they care about I hope I can have the support of Republicans and Democrats alike. "

McAdams will face the winner of the Republican nomination, who has yet to be determined, for the seat vacated by current County Mayor Peter Corroon, who is stepping down after two terms.