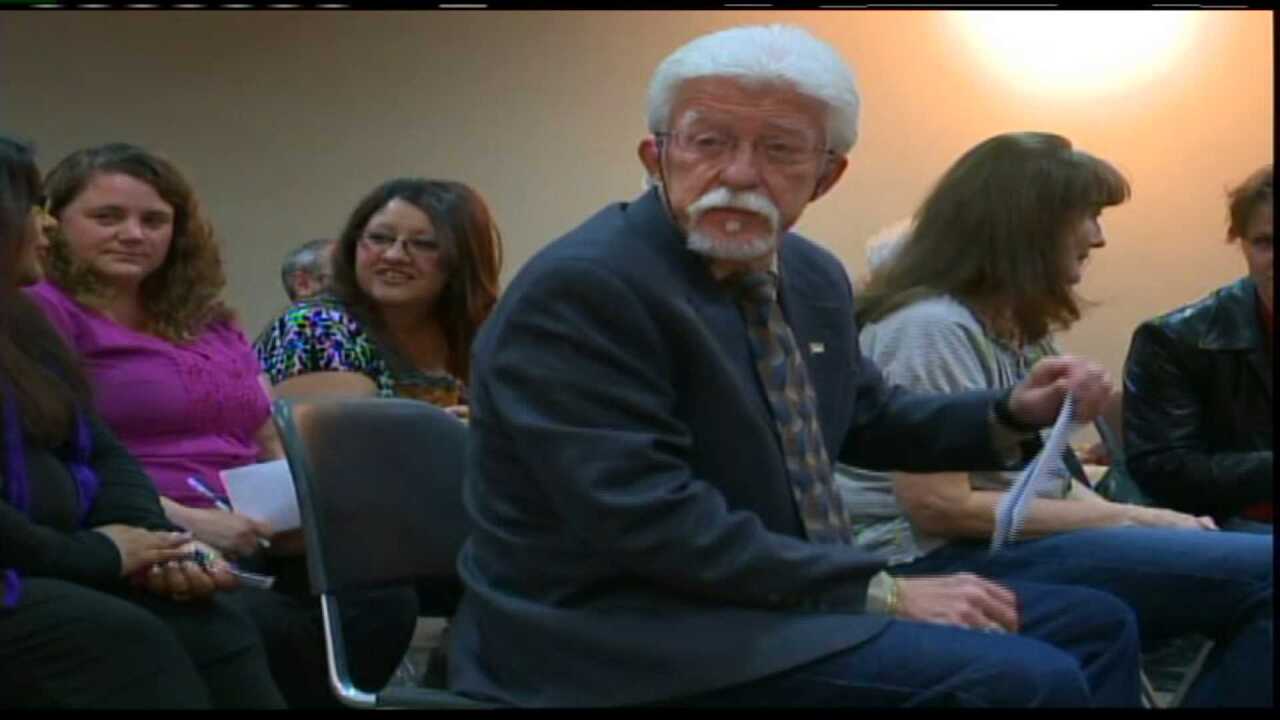 OGDEN -- Family members and supporters of a man accused of killing a police officer and wounding five others are speaking out, trying to raise support for his legal defense and questioning what they call violent police tactics that sparked the shootout.

About 75 people packed a room Thursday night at the Weber County Library where members of Matthew David Stewart's family and other supporters announced "Keep The Peace." It's a push to not only provide for Stewart's legal defense, but political pressure on police agencies and a criticism of the overall "war on drugs."

"I do not believe my son is a murderer," Stewart's father, Michael, told the crowd. "I believe he was attacked and brutalized by a misguided and violent strike force."

The Stewart family questioned the actions of the Weber-Morgan Narcotics Strike Force that led to the Jan. 4 shooting that killed Agent Jared Francom and wounded the other five officers. They were shot as they were serving a search warrant on Stewart's home. Police and prosecutors have said Stewart was cultivating marijuana.

In affidavits filed in Ogden's 2nd District Court, police claim Stewart fired on the officers from a bedroom and pursued them out into the front yard, still firing. He then retreated into a backyard shed, where he surrendered. Police dash cam video released to FOX 13 earlier this week showed a chaotic scene, with officers running for cover in the gunfire.

Many in the audience who spoke at Thursday's forum criticized police tactics when serving drug warrants. Others questioned the effectiveness of the "war on drugs."

"Keep the Peace" said it next plans to ask Ogden city officials to withdraw the police department from participating in the Weber-Morgan Narcotics Strike Force. The group is also fundraising to pay for Stewart's legal defense on charges of aggravated murder and attempted murder. He faces the death penalty, if convicted.

The Ogden Police Department declined to comment on the forum, citing the ongoing homicide investigation. The officer-involved shooting itself is also under review. All but one of the officers wounded in the shooting have returned to duty. Police Chief Mike Ashment told FOX 13 that Officer Kasey Burrell may be cleared to return to work next week.

Coincidentally, the forum came the same night that the widow of Agent Jared Francom accepted a "community heroes" award on his behalf. Erin Francom appeared at the "Golden Pineapple Awards" in South Ogden. In an interview with FOX 13, Erin Francom declined to comment on the Stewart case, but said she appreciated the overwhelming community support that she, the other officers, and their families have seen.