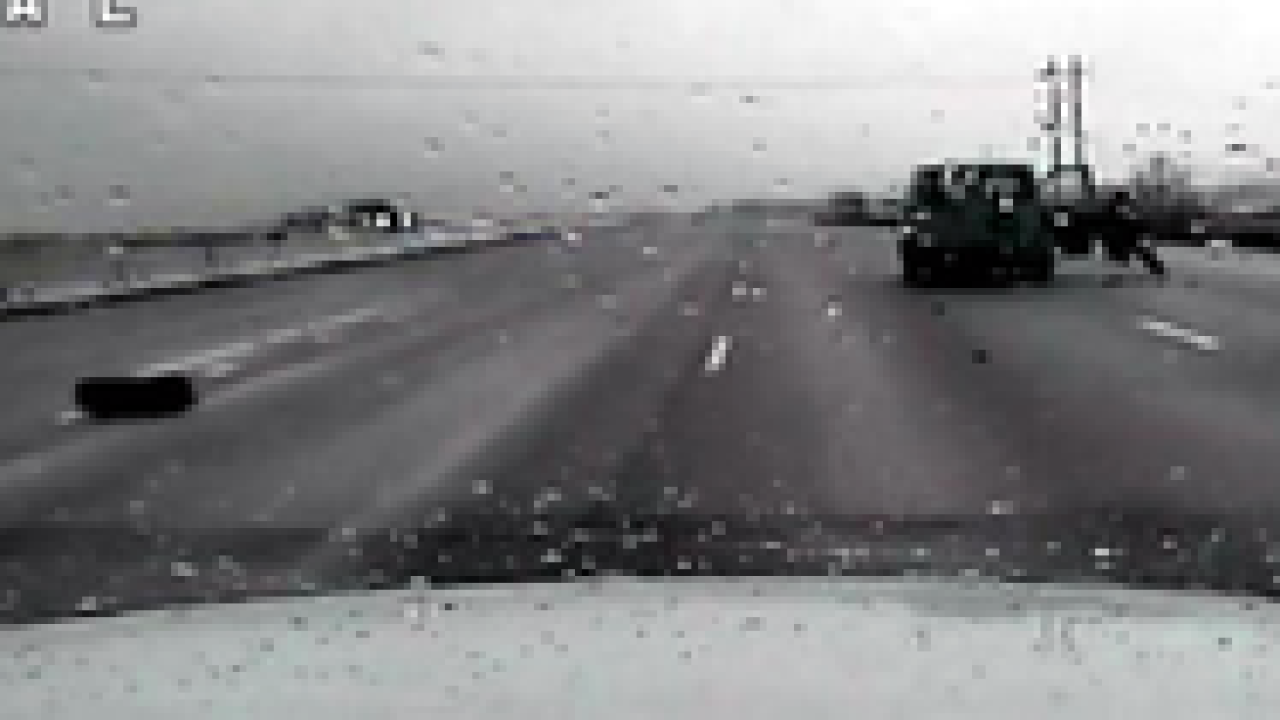 A camera on the dashboard of an Orem police officer's vehicle caught a high-speed pursuit along Interstate 15 in Utah County earlier this week.

The incident started as a burglary investigation--an employee of US Synthetics had spotted someone stealing copper wire on Sunday--but turned dangerous when the driver of the car took off and led police on a chase down I-15 from Orem to Lehi.

"The witness had seen a male and female loading copper wire into a white van, was able to get a good discription as well as the license plate," said Sgt. Craig Martinez, Orem Police Dept.

Police spotted the van getting on the highway and the driver initially complied, but sped away when officers asked him to get out of the vehicle. Officers then chased the van through traffic and slushy roads reaching speeds of 90 miles per hour.

"Due to traffic being so light, we decided to continue the pursuit. It didn't look too dangerous at the time," said Martinez.

Nearby Utah Highway Patrol troopers laid down spikes, but the driver kept going. The passenger was spotted jumping out of the vehicle and trying to get away, but she was caught a short time later. The vehicle eventually slowed to a stop and the man was caught.

"He didn't get much farther before most of his tires were down to the rim and basically his car wouldn't go anymore, he still tried," said Martinez.

39-year-old Howard Talman and 25-year-old Elizabeth Hagadone were arrested for burglary after the conclusion of the 20 minute chase. Talman faces additional charges for fleeing and for providing a false identity to police during his arrest.