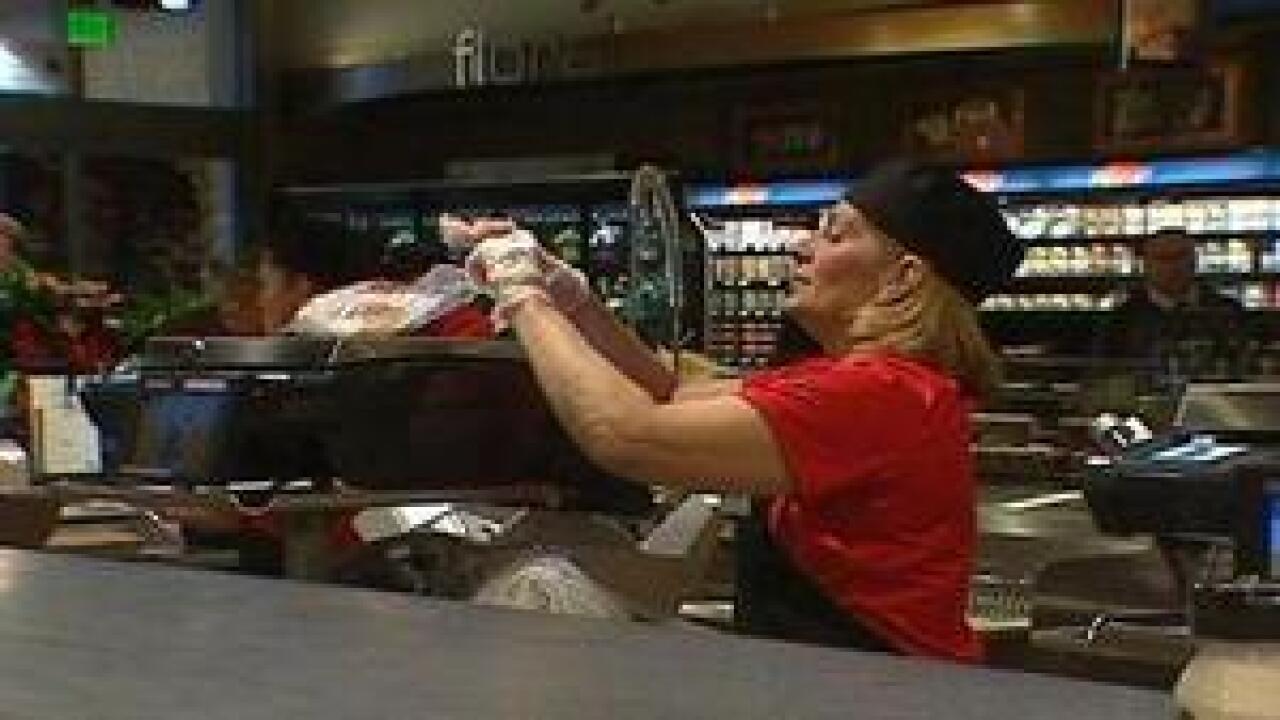 It is a six-year project finally open to the public. The new downtown Harmons Grocery held its grand opening Wednesday to a rush of residents who wanted to see the new place.

One of Harmons' owners, Bob Harmon, says the new store is made for the downtown shopper with a parking garage built in and an elevator to allow people to "drop right down into the store."

The new store is a realization of a dream that owners Bob and Randy's grandfather had.

"He'd bring me to Salt Lake here where the produce markets are and he would pick out the produce for the store," says Randy Harmon. "And I remember him always saying 'we need to get back to Salt Lake,' because that's where he had started out, his little old fruit stand, so, grandpa here we are, it's taken a few years, but I think he'd be very proud, its a great store."

The new store is considered part of the downtown City Creek Project. Bob Harmon says that residents have been looking for a regular downtown grocery store for a while.

"So we couldnt be more happier that we are part of this amazing development here at City Creek."