TRAX train derailed after colliding with truck; no serious injuries 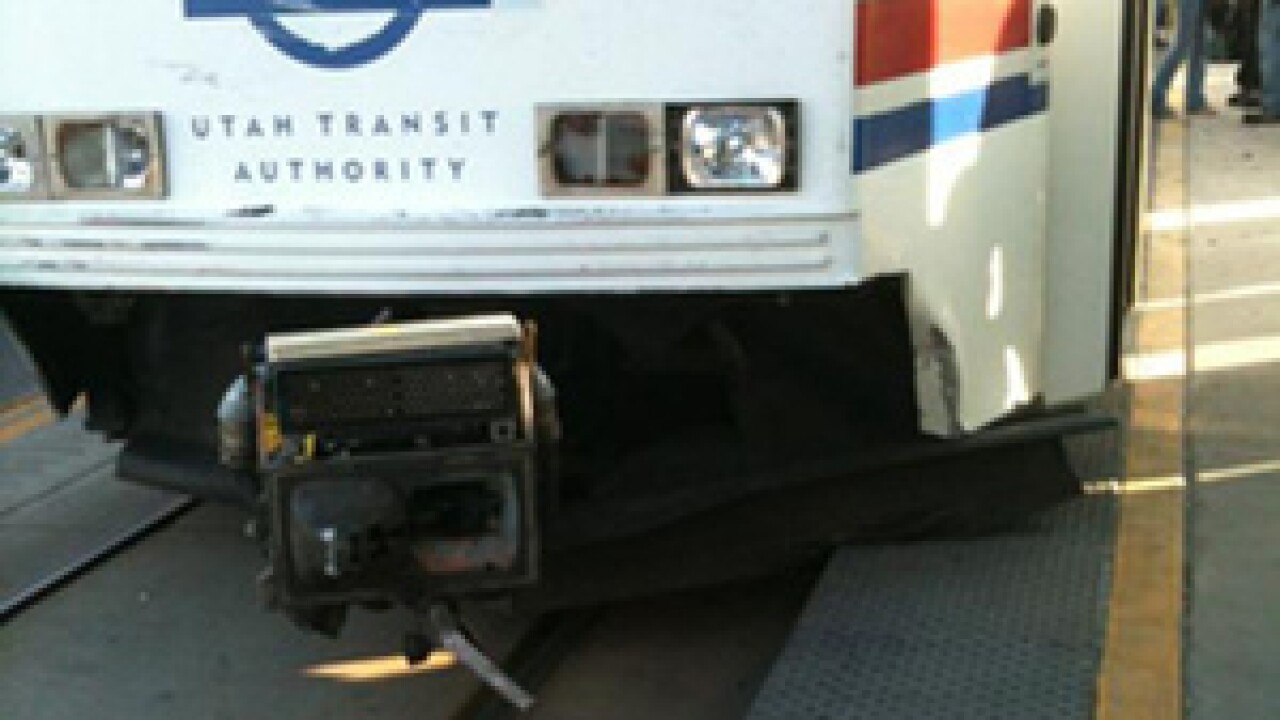 A pick-up truck with two people inside ran a red light near 900 South and 200 West and were hit by a northbound TRAX train Monday afternoon around 4:30 p.m, according to Salt Lake City Police.

A UTA spokesman says the male driver was hospitalized and in stable condition while the female passenger was not injured. However, the crash caused the train to derail.

UTA’s Jerry Carpenter says there will be “significant” delays for most of the evening.

“At this point we are just trying to move people through the system as quickly as we can,” Carpenter says. “We had some buses out moving people and now the trains are moving again. But the one train was derailed, so we’re only going to be operating on one track and this is a highly congested area.”

Carpenter says the trains in the area travel about 20-25 mph and there is little they can do to stop. He says police and UTA believe the driver ran the red light and that the train operater would not have been able to stop in time.

Commuters are advised to seek alternate options or simply to have patience and wait while they take care of the damaged train and open the northbound track.